Shamir Basks in Independence on New Song “On My Own”: Stream 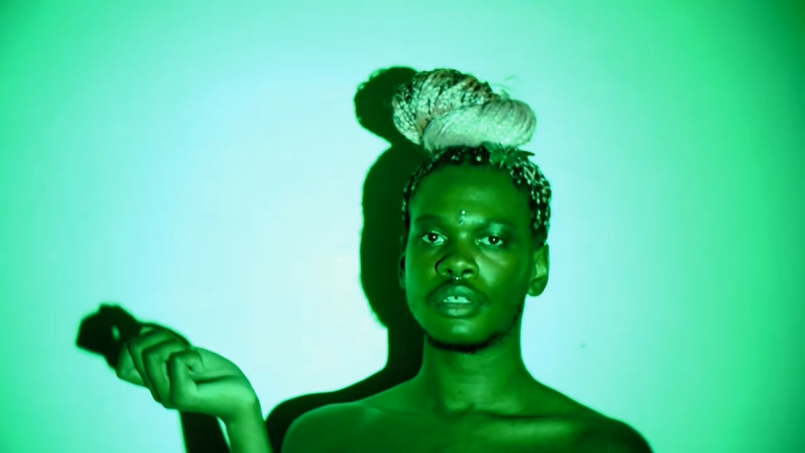 Shamir "On My Own" video

Earlier this year, Shamir dropped a mini-album called Cataclysm. Now, he’s back with a poppy new song called “On My Own”. The track is the lead single from an upcoming album that will supposedly be his most accessible since his 2015 debut, Ratchet.

After emerging as a glitzy disco and dance-pop artist on XL Recordings, Shamir became disillusioned with mainstream stardom and retreated to making lo-fi, insular indie rock for many years. “On My Own” isn’t a return to the glossy club music of Ratchet, but it is the most outwardly catchy and upbeat song he’s released in a long time.

Over peppy drums, a sprightly bassline, and guitar riffs that wouldn’t sound out of place on a Cherry Glazerr LP, the Philly-based songwriter sings defiantly about regaining independence after a breakup. Conveniently, a line like, “I don’t mind to live all on my own/ And I never did,” doubles as a mantra for making due in quarantine.

In the single’s self-made video, Shamir bops around his house in a series of colorful thrifted outfits. Open a window and crank it loud below.

Shamir has yet to share a title, release date, tracklist, or album artwork for the new album, but we do know a few key details. It was produced by Kyle Pulley of the Philly band Thin Lips (who’s also produced music for Katie Ellen and Kississippi) and was directly inspired by a meet-up with Canadian country artist Lindi Ortega.

A press release also mentions that Shamir has been influenced by punk, country, and ’90s post-hardcore legends Unwound as of late, so this record will surely be an eclectic affair. Shamir has also revealed that even though he launched his own Accidental Popstar Records last year, this album will be released with zero label assistance.