Songs of the Week: Public Enemy and Beyoncé Raise Voices in Different Ways 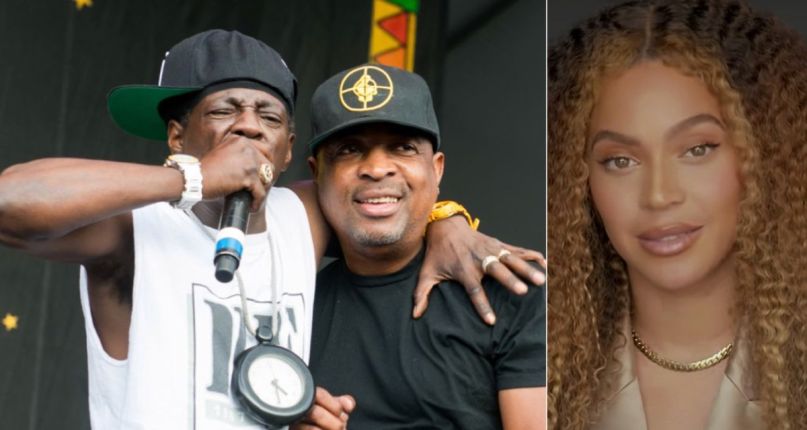 America clearly wants music that helps them raise their voices. Don’t believe it? Amid protests, streams of Rage Against the Machine music have increased 62%, enough to send “Killing in the Name”, a 29-year-old song, to top five in the digital streaming charts. Socially conscious outfit Run the Jewels have seen their fourth installment find the Billboard 200 top 10 and are all over mid-year lists. The music we love has its roots in rebellion and hard times, so it’s not surprising that something innate in us turns to our earbuds and streaming devices when the world seems to be circling the drain. It’s all the more powerful, then, when two historically powerful voices in music join in the protest — and in very different ways.

Despite quietly dropping a new album earlier this year, Chuck D and Public Enemy have been in the headlines more in recent months for the Prophets of Rage breakup and fake-firing Flavor Flav. That changes with the timely release of the aptly titled “State of the Union (STFU)”, a banging bronco that finds the legendary MC and the original hype-man, back by DJ Premier, pissed off and mobilized like they haven’t been since “Fight the Power”. “Better rock that vote or vote for hell,” Chuck D urges as video clips of protests cut in and out between lines. The polemic pulls no punches, calling out racial injustice in the streets and the “comb-over” who pours fuel on the fire from the White House. It’s a jam you should find at any march this summer.

Not often viewed as an overtly political artist, Beyoncé has made the most of her considerable clout in recent weeks, which included recording a candid and inspiring commencement video for the class of 2020. “Black Parade”, as she urges in her speech, finds the singer getting out and doing her part to bring about true change. Whereas PE’s PSA takes to the frontlines, Beyoncé’s song focuses less on politics (though she cites police brutality and other issues) and more on celebrating what it means to be black and all the pride that comes with that history (or her-story) and its traditions. “Here I come on my throne, sittin’ high/ Follow my parade, oh, my parade,” Beyoncé attributes to a black mother. As the world continues to grow more intimidating and frightening, Beyoncé draws strength from history and urges others to find their own way to follow in a long line of proud black heritage.