"We're at one hundred seconds to midnight on the doomsday clock" 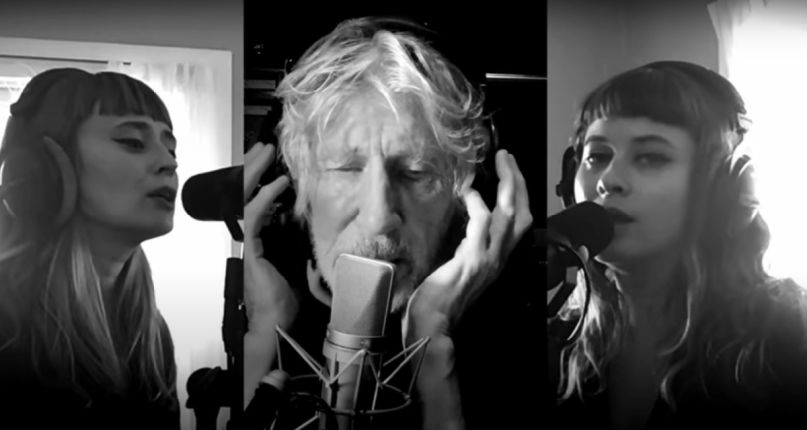 Roger Waters performs "Two Suns in the Sunset" in quarantine

Roger Waters has uploaded another socially-distant performance of a Pink Floyd classic. The time around, Waters and his touring band connect virtually to play “Two Suns in the Sunset”, the closing song off Pink Floyd’s 1983 album, The Final Cut. Watch below.

The performance is prefaced by a screen of text warning viewers that “We’re at one hundred seconds to midnight on the doomsday clock. This is the the closest the Human Race has ever been to nuclear catastrophe.” In a corresponding video caption, Waters spoke about the dangers of nuclear weapons: “That we allow [them] to exist in a world controlled by deranged sociopaths is, in itself, a deranged arrangement. We are many they are few. We could just say no, to the whole MAD (Mutually Assured Destruction) insanity. It makes zero sense and is potentially omnicidal.”

Previously, Waters and his touring band performed Pink Floyd’s “Mother” in quarantine. Don’t expect to find either of the performances on Pink Floyd’s website, however: After the band’s official channels failed to acknowledge Waters’ “Mother” video, Waters lashed out at former bandmate David Gilmour for blacklisting him. “It does bring up the question of why is this video not available on a website that calls itself the Pink Floyd website?” Waters commented at the time. “Well, the answer to that is because nothing from me is on the website. I am banned by David Gilmour from the website.”

In related news, Waters recently announced the physical release of his US + Them concert film and live album of the same name.