Due to the coronavirus, this year's event is now spread out over three days 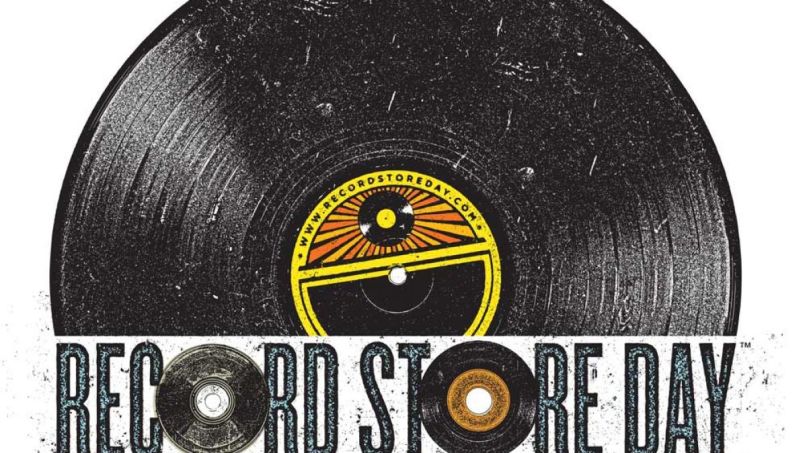 Due to the coronavirus, Record Store Day initially postponed its annual April event to June. But with the pandemic still impacting communities across the country, organizers have again pushed back the event, this time splitting it up into three separate days: August 29th, September 26th, and October 24th.

To ensure social distancing at each of these “RSD Drops”, the original vinyl releases announced for April’s event will be spread out over the three days, as organizers have now detailed.

A vast majority of this year’s standout titles will be available on August 29th, including archival releases from David Bowie, Gorillaz, The Cure, and New Order, in addition to a new Billie Eilish live album, a reissue of the Dune soundtrack, and a demo collection from Mac DeMarco. Highlights include:

— A new archival David Bowie release called ChangesNowBowie, featuring nine previously unreleased tracks from a mostly acoustic session recorded in 1996 during rehearsals for his 50th anniversary birthday concert at Madison Square Garden, will be released on vinyl and CD.

— Gorillaz will release the G-sides and D-sides from their first two studio albums as standalone limited-edition vinyl releases. In particular, the D-sides compilation spans three LPs and contains a previously unreleased track.

— The Cure will release limited-edition picture disc versions of Seventeen Seconds and Bloodflowers to celebrate the albums’ 40th and 20th anniversaries, respectively.

— For the first time, Billie Eilish’s Live at Third Man Records will be available nationwide, pressed on opaque blue vinyl.

— Black Lips and Kesha will release a collaborative 7-inch single called “They’s A Person of the World”.

— Robyn will reissue her 2005 self-titled LP with a newly configured tracklisting for Record Store Day.

— U2’s debut single, “11 O’Clock Tick Tock”, will be reissued on limited edition 12-inch transparent blue vinyl. The 12-inch includes the full-length version of the track, as well as the original 7-inch B-side “Touch”; plus two previously unreleased live recordings of “Touch” and “Twilight” from the band’s show at the Marquee in London in September 1980.

— Denzel Curry’s covers of Rage Against the Machine’s “Bulls on Parade” and Bad Brains’ “I Against I” will be released on 7-inch vinyl.

— Odd Future’s The OF Tape Vol. 2 will receive a neon vinyl reissue, while Tyler the Creator’s own solo LP Cherry Bomb will make its vinyl debut.

— New Order’s 1982 Peel Sessions will be collected on a four-song 12-inch with a newly created sleeve.

— Christine and the Queens will release séquences 2 et 3, a 7-inch featuring two new tracks in addition to stripped-down versions of each one.

— The soundtrack to 1984’s Dune, scored by Toto and Brian Eno, will be reissued on limited edition “spice” colored vinyl.

— Several of Ennio Morricone’s soundtracks will be released on vinyl, including The Good, The Bad and The Ugly, Fistful of Dollars, Once Upon a Time in the West, and Peur Sur La Ville.

— Recently unearthed recordings of a Thelonious Monk concert in Belgium will be collected on an LP called Palis Des Beaux-Arts 1963.

— Mac DeMarco will release demos from his latest album, Here Comes the Cowboy, on purple vinyl.

— Spoon will release All the Weird Kids Up Front (More Best of Spoon), a fan-selected companion piece to Everything Hits At Once: The Best of Spoon. With a tracklist submitted by and voted on by fans, it features deep cuts from the Austin, TX band’s 25-year history.

September 26th brings the standalone release of Fleetwood Mac’s The Alternate Rumors, a new collaborative release between Brandi Carlile and Soundgarden, and a reissue of Roger Waters performing The Wall, among other titles. Highlights include:

— Roger Waters’ 1990 performance of The Wall in Berlin will be reissued on 180-gram clear colored vinyl.

— Britney Spears’ massive sophomore alum, Oops! I Did It Again, will be celebrated with a rarities collection featuring remixes and B-Sides.

— Charles Mingus’ 1959 album Mingus Ah Um Redux will receive its first-ever vinyl release alongside a second disc of rarities from the album’s sessions.

— Nas’ God Son will be back in print for the first time since its 2002 release, pressed on blue and white swirl vinyl.

October 24th promises a new 7-inch from Beck, rarities from Miles Davis, and “The 1974 Version” of Freddie Gibbs and Madlib’s Piñata. Highlights include:

— Rarities from Miles Davis’ acclaimed Bitches Brew will be collected on vinyl for the first time on Double Image: Directions in Music.

— Freddie Gibbs and Madlib will release “The 1974 version” of their 2014 collaborative LP, Piñata. This single LP edit of Piñata has been lacquered at half speed master by Metropolis Mastering in London for the highest fidelity and is housed in a Blaxploitation-themed cover exclusively for Record Store Day.

— Randy Newman’s soundtracks for The Natural and Avalon will be reissued on vinyl for the first time in decades.

You can find the complete breakdown of releases via Record Store Day’s website.