Radiohead’s In Rainbows — From the Basement Streaming on YouTube 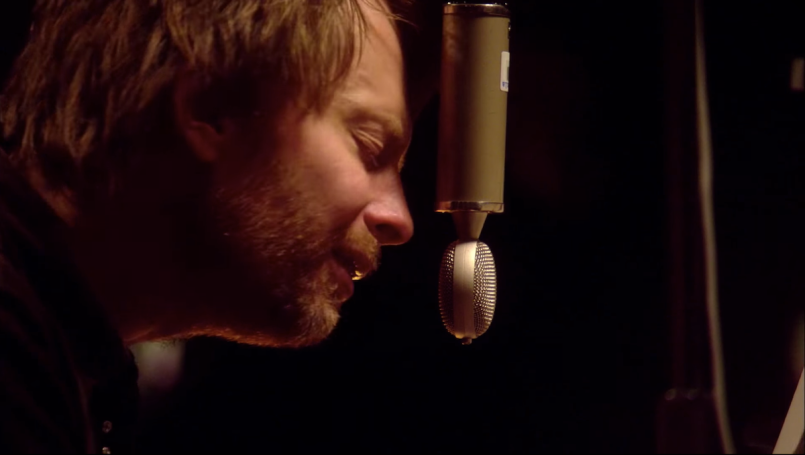 Radiohead's In Rainbows -- From the Basement session

Radiohead are continuing their quarantine concert series with another Thursday release. Today’s installment is the fabled In Rainbows — From the Basement session recorded at The Hospital Club in London. Tune in below beginning at 5:00 p.m. EDT.

For many Radiohead fans, this performance has represented something like the musical Holy Grail. The band has a strong preference for live shows and a distaste for overt cash grabs, and so concert videos have been few and far between. In Rainbows — From the Basement had a brief run on VH1, a short life as an iTunes exclusive, and a temporary existence as a DVD extra in Japan. Otherwise, it’s been impossible to find — well, except for numerous bootlegs on YouTube, but since we’re not art-stealing Nazis, we’d never look at those, would we?

In Rainbows — From the Basement capped off perhaps the greatest five-album run of any rock band not named The Beatles. In an intimate setting with impeccable acoustics, Radiohead played most of their masterpiece In Rainbows, as well as the rarities “Go Slowly” and “Bangers + Mash”, a few Hail to the Thief favorites in “Myxomatosis”, “The Gloaming”, and “Where I End and You Begin”, and even the Kid A classic “Optimistic”. Check out the setlist below.

Last month, Radiohead’s producer Nigel Godrich began uploading his full From the Basement archive to YouTube. Previous editions of this pandemic concert series included King of Limbs: From the Basement, as well as Live at the Astoria from 1994, and sets from Bonnaroo 2006 and Coachella 2012.