"Nothing has been the same since" 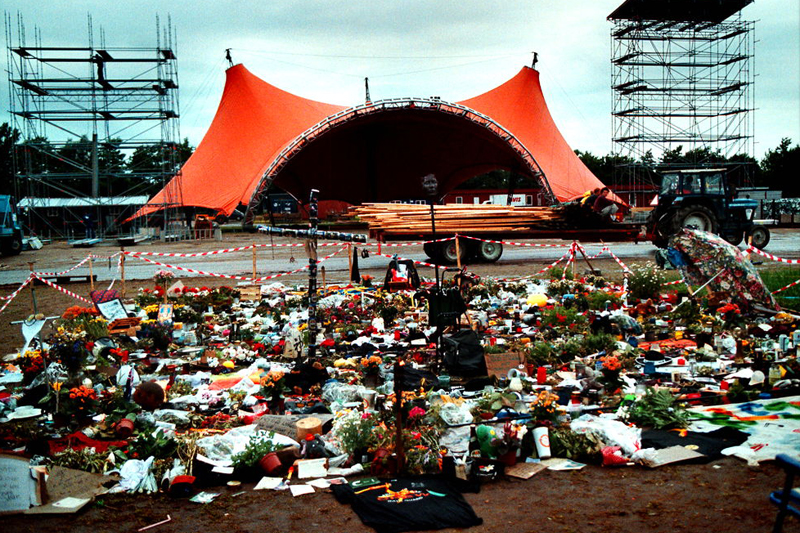 On this day back in 2000, nine young men were killed and 26 others were injured during Pearl Jam’s set at Roskilde Festival. To honor those fans who needlessly lost their lives, the band has shared a tribute video online today, taking note of the 20th anniversary and stating that “nothing has been the same since.”

The Roskilde tragedy saw eight men, ages 17 to 26, suffocate to death in a crowd crush when Pearl Jam took the stage for their headlining slot. Five days later, a ninth man died from his injuries. An investigation published later that year cited “a chain of unfortunate circumstances” as being responsible for the audience’s rush forward, with many fans eager to get close to the stage so they could hear the music better.

Pearl Jam’s tribute includes a lengthy essay and a touching video. In the latter, nine candles glow in the dark while a live snippet of “Love Boat Captain”, the group’s 2002 song about the tragedy, plays in the background. This live rendition sees frontman Eddie Vedder altering the lyrics to address the passing of time. “Lost nine friends I’m getting to know… every day,” he sings. “And if our lives became too long, would it add to our regret?” Watch the clip below.

In the essay, penned by guitarist Stone Gossard, Pearl Jam look back at the events that transpired and the communal grief that followed in its place. “A normal festival show day: show up 5 hours ahead, wait for your slot. I barely remember it,” it reads. “Sunny, I think. Lou Reed played, I think. Then rain and wind. But nothing has been the same since… Every day our hearts continue to ache and our stomachs turn at the thoughts of those young men dying and of what might have been different, if only… but nothing changes.” Read the full essay over at Pearl Jam’s website.

Pearl Jam have been kicking off this new decade with plenty of treats for fans. After dropping Gigaton, one of the best albums of the year so far, the band has been busy performing COVID-19 relief concerts, chatting it up on exclusive podcasts, and unearthing uncensored versions of their old music videos. Perhaps none of this comes as a surprise, though. After all, Pearl Jam have always put their fans first.

“It's been 20 years since that day. A normal festival show day…show up 5 hours ahead. Wait for your slot. I barely remember it… Sunny, I think. Lou Reed played, I think. Then rain and wind. But nothing has been the same since.” Read the full statement at the link in bio.