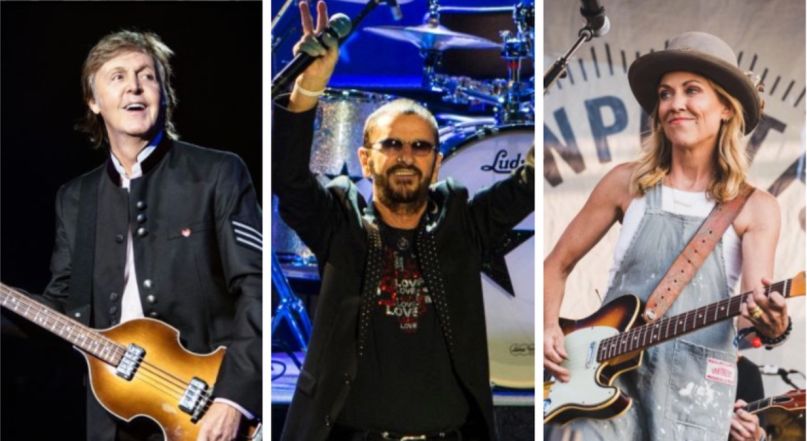 You say it’s your birthday? It’s Ringo Starr’s birthday, too… and he’s doing it up big. The Beatles drummer will celebrate turning 80 years old this year with “Ringo’s Big Birthday Show”, a special livestream event featuring musical performances by everyone from Paul McCartney to Sheryl Crow. Don’t get jealous; you’re invited, too!

In addition to the aforementioned artists, “Ringo’s Big Birthday Show” will feature The Eagles guitarist Joe Walsh, Ben Harper, Gary Clark Jr., and Sheila E. The broadcast will kick off on July 7th at 5:00 p.m. PDT via Ringo Starr’s YouTube channel. It’s free to watch, but donations are encouraged and will be split between Black Lives Matter, The David Lynch Foundation, MusiCares, and WaterAid.

“As everyone knows, I love gathering with fans for peace and love on my birthday,” said Starr in a press release. “But this year, I want everyone to be safe at home — so I called up a few friends and we put this Big Birthday Show together so we could still celebrate my birthday with you all, with some great music, and for some great charities. I hope you will all join me! Peace and Love, Ringo.”

In a way, this is like a joint birthday party for McCartney, too, because he turned 78 years old a few weeks ago. A lot has changed since The Beatles broke up exactly 50 years ago, but thankfully the friendship between the last two living members hasn’t faded at all. Needless to say, whatever antics they get up to on the livestream will be a heartening sight to see.

Previous Story
Pearl Jam Pay Tribute to Victims of Roskilde Tragedy on 20th Anniversary
Next Story
Mel Brooks Pays Tribute to Carl Reiner: “I Met Him in 1950 […] and We’ve Been Best Friends Ever Since. I Loved Him.”
Popular
More Stories
[fu-upload-form form_layout="media" title="Submit Your Photo"][input type="hidden" name="ugc" value="1"][/fu-upload-form]