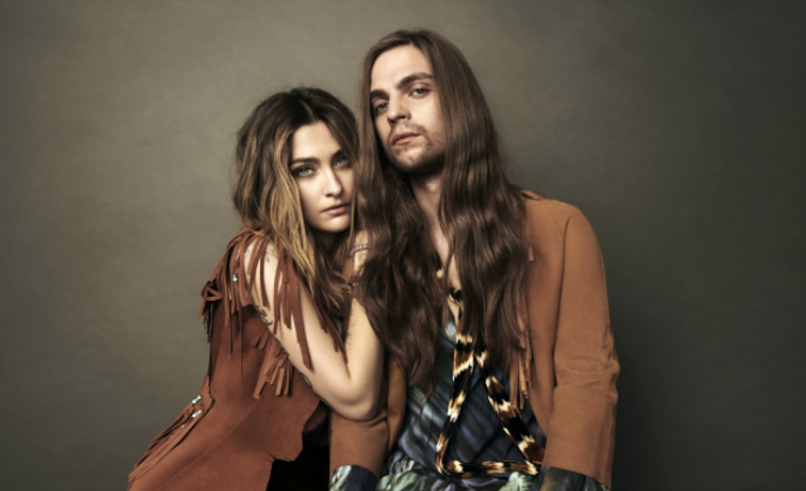 Paris Jackson, daughter of the late Michael Jackson, has formed a new band The Soundflowers with her partner Gabriel Glenn. A self-titled EP arrives June 23rd via Imperial.

Jackson and Glenn met on the Sunset Strip, at a performance by Glenn’s rock band TrashDögs. As Gabriel explains in a statement, “We showed each other songs and even wrote a few on the spot. Everything fit together so naturally, from our voices to our songwriting style. I had never met someone who fit so perfectly with my sound.”

Despite Jackson’s pop pedigree and her love of metal music (she skipped her prom to attend a Metallica show) The Soundflowers’ sound blends indie acoustic and folk with influences of blues, soul, bluegrass country and beach reggae, according to a press release. Last year, they previewed their forthcoming record with small club shows in Los Angeles and Paris. Watch fan-captured footage from one of those gigs below.

The forthcoming EP was produced by Mike Malchicoff and mixed by Rob Kinelsk. Merchandise will launch alongside the EP on June 23rd and net proceeds will be donated to Black Women Lead, Black Voters Matter Fund, and BEAM.

Jackson, who believes her father was murdered, spent much of last year defending dad’s legacy from the documentary Leaving Neverland. Last March, multiple outlets broke the news that Jackson had attempted suicide, and while an officer with the LAPD seemed to confirm this, Jackson herself vehemently denied those reports.