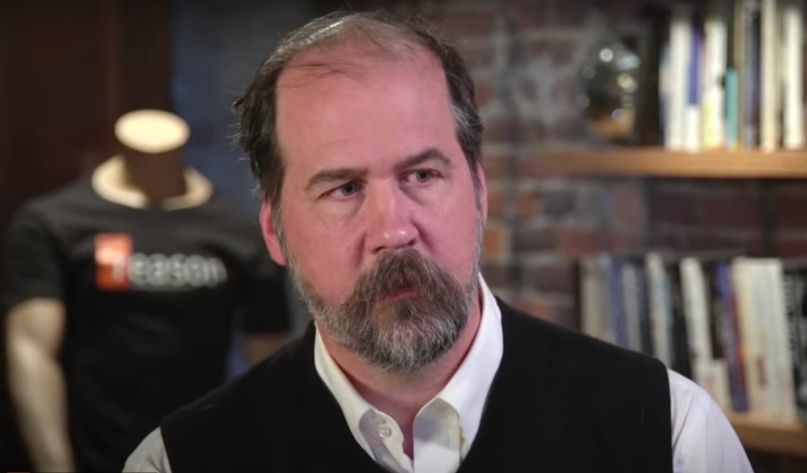 Krist Novoselic was met with sharp criticism on social media this week after he said President Trump “knocked it out of the park” with a speech threatening to deploy the US military on protestors. Now, the Nirvana bassist is clarifying his position while not exactly backing down from his initial commentary.

To quickly sum up, Trump held a speech from the White House Rose Garden on Monday in response to the multi-city protests that have broken out in the wake of the death of George Floyd while in police custody. Trump called himself the “president of law and order” and said he would “deploy the United States military” if individual governors and mayors were unable to quell the violent rioting that has flared up amidst the protests.

In a post to his personal Facebook page, Novoselic praised Trump, saying, “I know many of you can’t stand him, however, Trump knocked it out of the park with this speech.” He added, “Most Americans want peace in their communities and President Trump spoke to this desire. Never mind the legal details that few understand — Trump said he would stop the violence and this speaks to many.”

While indicating that he did not agree with Trump’s plan to use U.S. military forces, the veteran grunge musician did state that “the violence (not the protests) appear as a leftist insurrection.”

Today (June 3rd), Novoselic tried to explain his viewpoint, while not walking back his comments altogether. He wrote on Facebook:

“To clarify a few things: As an avowed independent, I don’t endorse a major party or candidate. And it feels insane to have to say this, but I don’t support fascism, and I don’t support an authoritarian state. I believe in a civilized society and that we all have to work toward that. Love and thanks to anyone who cares to read this.”

However, even Novoselic’s clarification was met with criticism, with one person commenting, “Krist, I love you but it’s never a good idea to praise an oppressor. I mean I’m pretty sure that many dictators gave strong speeches in the past. The way they said them didn’t make them any less awful.”

Another wrote, “Dave Grohl went on to make great music and being an all around awesome guy. You, on the other hand, are just a small minded little man.”

Novoselic’s clarification, along with his original commentary, are posted below.