Keaton could appear in both The Flash and Batgirl 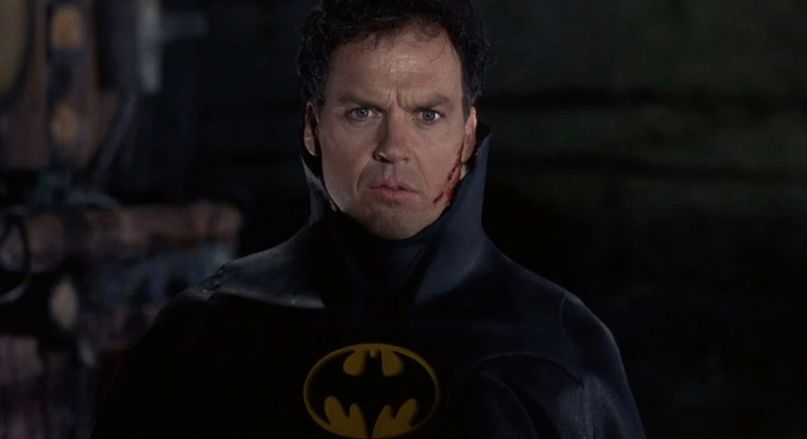 You wanna get nuts? Come on! Let’s get nuts! Michael Keaton, who famously starred as Batman in the Tim Burton-directed Batman and Batman Returns, is in talks to reprise the character for several upcoming Warner Bros./DC Extended Universe films, according to TheWrap.

If a deal comes to fruition, Keaton could make his return as Bruce Wayne in the upcoming The Flash film, set to find Ezra Miller reprising his Justice League role under the direction of IT helmer Andy Muschietti. That movie has long been said to be based on the iconic Flashpoint storyline from the comics, which finds Flash traveling to the past and altering the timeline. In the books, the new world he inadvertently creates finds Bruce Wayne’s father, Thomas, under the Batman cowl; Jeffrey Dean Morgan played Thomas in a brief flashback scene in Batman v Superman: Dawn of Justice, and rumors emerged just yesterday that he was in talks to reprise the role for Flash.

So what does this mean for how Flashpoint will unfold or what Keaton’s role in it may be? As is usually the case with the DCEU, it’s not really clear. The whole concept of Flashpoint opens up the possibility of alternate or changed realties, the possibilities truly are endless. With Ben Affleck out as Batman after playing him in three films, Keaton could even conceivably be portraying an older version of that specific incarnation, or he could be truly reprising his role from the Burton movies.

Whatever it is, WB/DC are reportedly planning on something grand for Keaton. According to The Hollywood Reporter, the studio is hoping to lock the actor into a multi-picture deal that would see his Batman serves as a mentor to younger heroes. The thinking is to make this version of the Dark Knight something akin to Samuel L. Jackson’s Nick Fury in the Marvel Cinematic Universe. In particular, Keaton’s Caped Crusader could appear in the long-developing Batgirl movie.

While WB had no comment on the casting rumor, it also raises questions for Matt Reeves forthcoming The Batman with Robert Pattinson in the title role. WB has been saying that film, the first in a planned trilogy, will exist outside of the DCEU timeline we’ve seen in everything from Man of Steel through Aquaman. While that still may be the case, if you can bring Keaton’s Batman into the same interconnected multiverse, there’s no reason you couldn’t tie in Pattinson’s as well. (Think, for example, how the animated Spider-Man: Into the Spider-Verse technically was connected to Sam Raimi’s Spider-Man trilogy, even if only loosely.)

Essentially, what this means for the DCEU in regards to the connectivity between its various films and timelines is completely up in the air at this time. However it ends up playing out, it should be exciting to see Keaton, whose original casting infamously spurred fan’s ire, returning to such a beloved role.

It’s likely he isn’t the only actor DC is bringing back into the fold. Reports arose last month that Henry Cavill was negotiating his own return as Superman. Again modeling his use after the more successful MCU, WB/DC’s idea would be to have him cameo in a number of other characters’ movies instead of starring in his own, much like Mark Ruffalo’s Hulk.

Previous Story
R.I.P. Joel Schumacher, Legendary Director of The Lost Boys and Batman Forever Dies at 80
Next Story
Emile Hirsch Wants to Keep the Into the Wild Bus in His Own Backyard
Popular
More Stories
[fu-upload-form form_layout="media" title="Submit Your Photo"][input type="hidden" name="ugc" value="1"][/fu-upload-form]