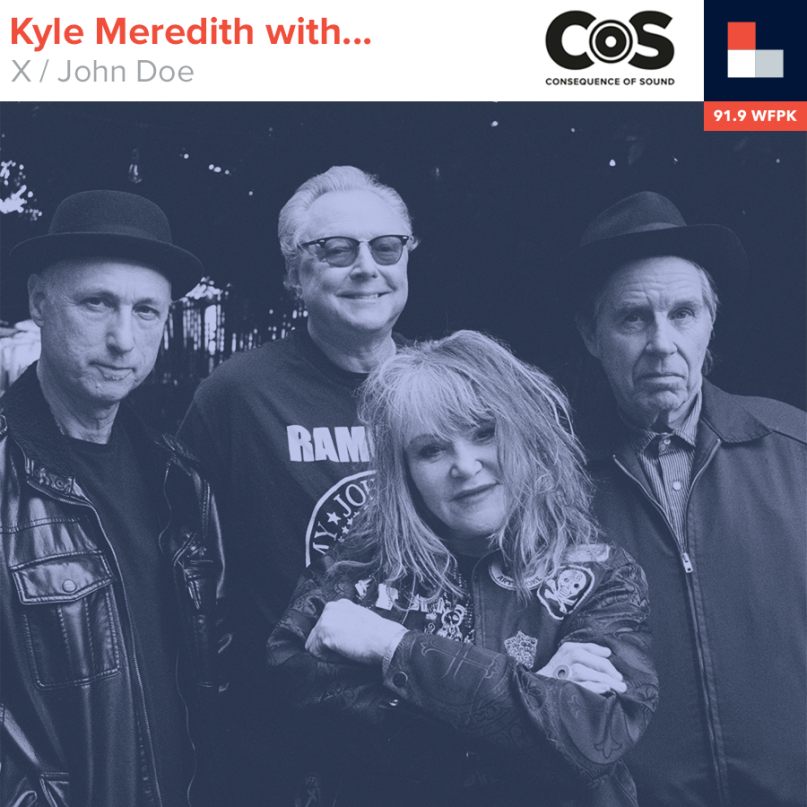 Legendary LA punk band X gave us the surprise release with Alphabetland, their first album in 27 years, and first with the original lineup in 35 years. John Doe speaks with Kyle Meredith about what it took to get the band back in the studio, their ensuing tradition of writing about culture on the edge and moments of crisis, and taking on class divide and gentrification. The singer/bassist also explains why the band used a racial slur in their landmark debut Los Angeles as a stand against racism, and why they don’t sing that word now. Doe goes on to talk about how he and co-vocalist Exene Cervenka influence each other, how a trio of older cuts made the album, and what the future of X may look like.