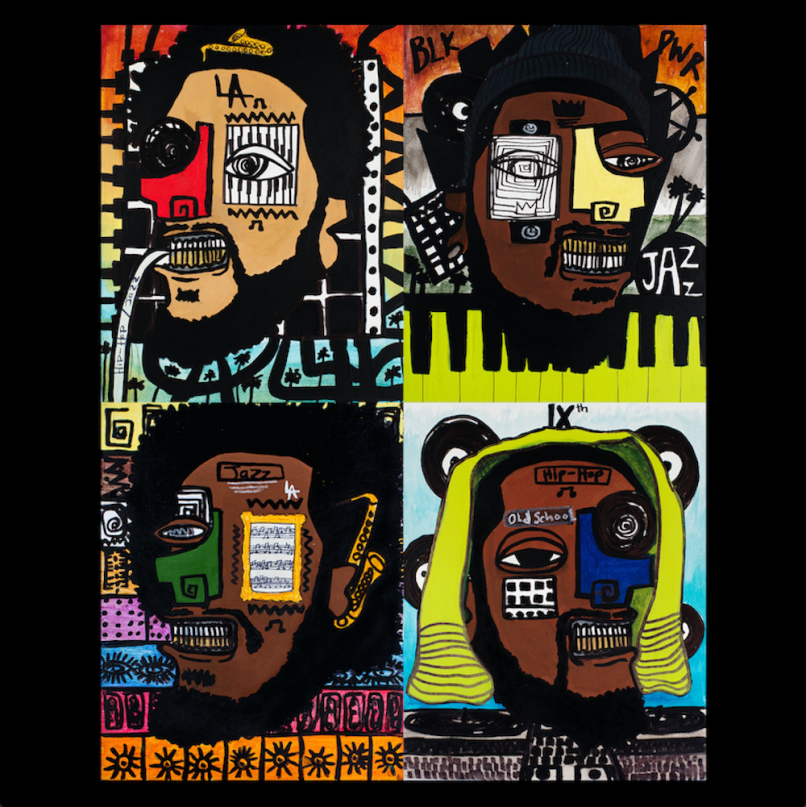 Neo-jazz virtuosos Kamasi Washington, Robert Glasper, and Terrace Martin have teamed up with hip-hop producer/rapper 9th Wonder to form a new supergroup called Dinner Party. The quartet will release their self-titled debut on July 10th, and you can stream the first single — “Freeze Tag” featuring Chicago singer Phoelix — below.

Though Washington, Glasper, Martin, and 9th Wonder only began working on the album in late 2019, the supergroup’s origins date back nearly two decades. Washington and Martin went to high school together, and met Glasper at a jazz camp. In the ensuing years, they’d collaborate together on a number of projects: Martin and Glasper are both members of R+R=Now, while Washington recently joined Martin on the protest song “Pig Feet” alongside Denzel Curry. Glasper, Martin, and Washington also contributed to Kendrick Lamar’s To Pimp A Butterfly. Now, they’re linking up with another all-time hip-hop great in 9th Wonder.

Through the music of “Freeze Tag” drips with a bright, summery sheen, the song’s lyrics delve into the very real life experiences that gave birth to the Black Lives Matter movement: “They told me put my hands up behind my head/ I think they got the wrong one/ I’m sick and tired of runnin’/ I been searchin’ where the love went/ I been lookin’ for a dove/ Then they told me if I move, they gon’ shoot me dead.”