New Op-Ed Calls for Dixie Chicks to Change Their Name

Pop culture journalist Jeremy Helligar writes, "This is a discussion we need to have..." 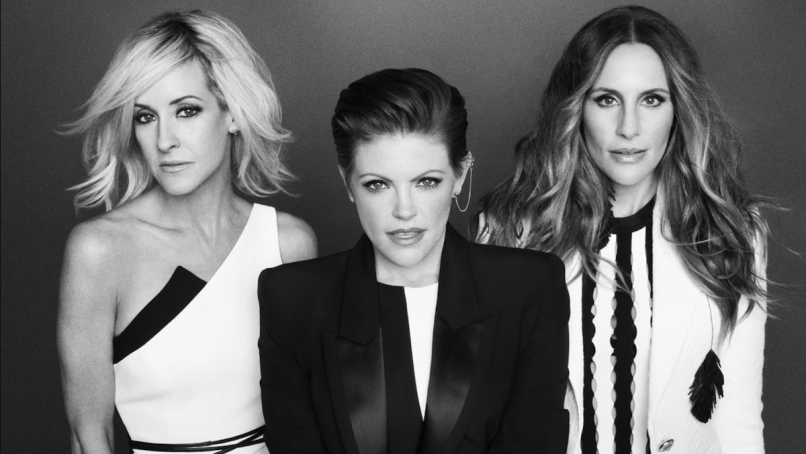 The Dixie Chicks probably wish their timing was better. After 14 years away, they’re set to release their comeback record, Gaslighter, on July 17th. But the entertainment industry is very different these days, and in fact has seen seismic shift in the last few weeks alone; as the Black Lives Matter movement is reawakened by fresh tragedies, people are calling out all sorts of previously shrugged off institutionalized racism. Such passion for change has led to Lady Antebellum renaming themselves Lady A, and now a new op-ed is calling for Dixie Chicks to do the same.

Writing an opinion piece for Variety, pop culture journalist Jeremy Helligar broke down the history of both the Dixie Chicks and the word that starts their name. The band were infamously cast aside by mainstream country fans and radio stations when frontwoman Natalie Maines told a London crowd in 2003, “We’re ashamed that the President of the United States is from Texas.” She was referring to George W. Bush, who had just recently ordered the invasion of Iraq.

Helligar points out “the grand irony of the hoopla that ensued” by noting that the name “Dixie” “in some ways, represents up-with-whiteness more flagrantly than Bush…” He traces the uncertain history of the word, highlighting the commonly believed theory it stemmed from the Mason-Dixon line that unofficially separated the free states from the slave states of the Confederacy.

“Regardless of its origin, for many Black people, it conjures a time and a place of bondage,” writes Helligar. He suggests that while many white Southerners espouse a love of “Dixie,”  such appreciation likely doesn’t extend to their Black neighbors.

There’s further irony in the chronicle of the Dixie Chicks’ moniker, as Helligar poses that those most likely to defend the name as “an expression of appreciation for the modern South, not the Confederate South” are the same fans who slammed the group for their 2003 political stance. “They’d probably defend it for the same reason some defend Confederate statues and Gone with the Wind,” says Helligar.

“That’s some white privilege right there. When white people say they want to hang on to their cultural artifacts, regardless of how they might make minorities feel, it’s the most passive-aggressive expression of white supremacy. They are basically saying their history and heritage is worth more than the history and heritage of Black people. Who cares if the Confederacy and words like ‘Dixie’ conjure memories of a time when Blacks were in chains? Apparently white Southerners matter more.”

Helligar ends by comparing “Dixie Chicks” to “Lady Antebellum.” He argues that regardless of what you mean to reference with these words, the connections Black people feel to them cannot be dismissed. While he acknowledges the different levels of fame involved, he calls the Dixie Chicks’ silence on the matter “deafening. This is a discussion we need to have, and they should be a part of it.”

“With the country in the middle of a racial inferno and the release of Gaslighter a month off, the Dixie Chicks’ name could end up fanning even more flames than the title of their comeback album,” he concludes.

Read the full opinion at Variety.

As for the newly dubbed Lady A, they’ve run into some trouble with their new moniker, too. Not only do many argue the “A” still stands for “Antebellum,” but it turns out there’s already an artist who’s been operating as Lady A for years — and because of course, she’s Black. On Monday, the country band said they’d “connected privately” with the blues singer. “Transparent, honest, and authentic conversations were hand,” the band said. “We are excited to share we are moving forward with positive solutions and common ground.” What those solutions are have yet to be announced, though they promise “more to come.”

Today, we connected privately with the artist Lady A. Transparent, honest, and authentic conversations were had. We are excited to share we are moving forward with positive solutions and common ground. The hurt is turning into hope. More to come.#LadyABluesSoulFunkGospelArtist pic.twitter.com/P3uyhfO3gX