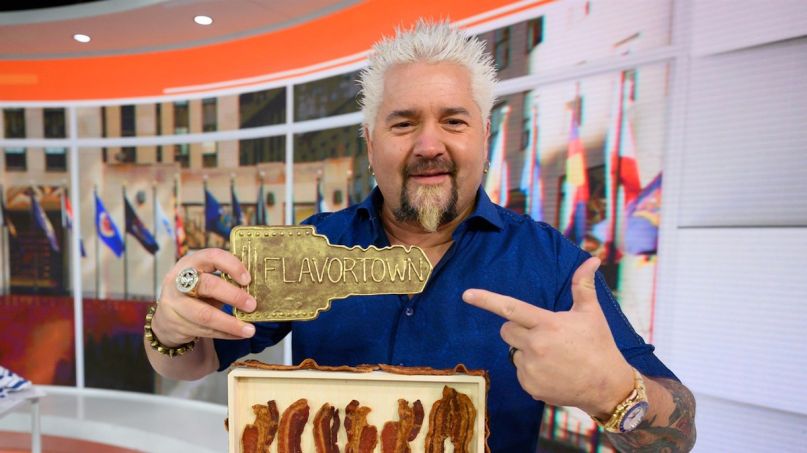 White states around the country are responding to calls to dismantle statues, some cities are focusing instead on heralding local treasures — particularly one with frosted tips. This week, over 55,000 people have signed a Change.org petition calling for Columbus, Ohio to be renamed as “Flavortown” in honor of Guy Fieri, who was born there in 1968. And no, they aren’t kidding.

The petition was created by Tyler Woodbridge, a 32-year-old native Ohioan and Columbus resident of seven years, in hopes of creating enough momentum to get a council vote, a town referendum, or simply the attention of Mayor Andrew Ginther and the Columbus City Council. It’s a direct response to the Black Lives Matter protests happening nationwide in that the city’s namesake, Christopher Columbus, is a historically harmful American who traded slaves, raped women, and contributed to the genocide of Native Americans. As Woodbridge puts it in the petition, “that’s not exactly a proud legacy.”

Mayor Ginther has already announced that the statue of Christopher Columbus outside City Hall will be removed. Woodbridge believes the city can and should take things a step farther, though, by reconsidering their name. Why rename it Flavortown, Fieri’s namesake phrase? Because the Diners, Drive-Ins, and Dives host and Food Network icon is just as much of an international pop culture legend as he is a consistently charitable humanitarian. Plus, Fieri’s got a nonstop optimism that’s needed these days.

“Through his own diaries as a primary source, we can see the he (Columbus) subjugated, enslaved, and killed off indigenous peoples, viewing them as sub-human,” said Woodbridge in an interview with TODAY. “The more I thought about it, the more it made sense [to highlight Guy Fieri]. Columbus the city is a culinary crossroads, a major test market for the food industry, and has some of the most diverse food options in the world.”

So far, Mayor Ginther and other Columbus City Hall employees have yet to release a statement regarding the petition. The internet, meanwhile, is having a field day with it. Even Bud Light has joined the call for action, tweeting, “Bud Light Seltzer for all of Flavortown if this happens.”

Earlier this year, do-gooder extraordinaire Guy Fieri took part in a live nacho-building competition between his son and Bill Murray’s son. “The Nacho Average Showdown” was quite the spectacle to behold, but it was nothing compared to that Nickleback concert Fieri was head over heels for last year.

Heads up: Fieri’s Diners, Drive-Ins, and Dives is currently streaming on Hulu, and there’s currently a 7-day free trial being offered.