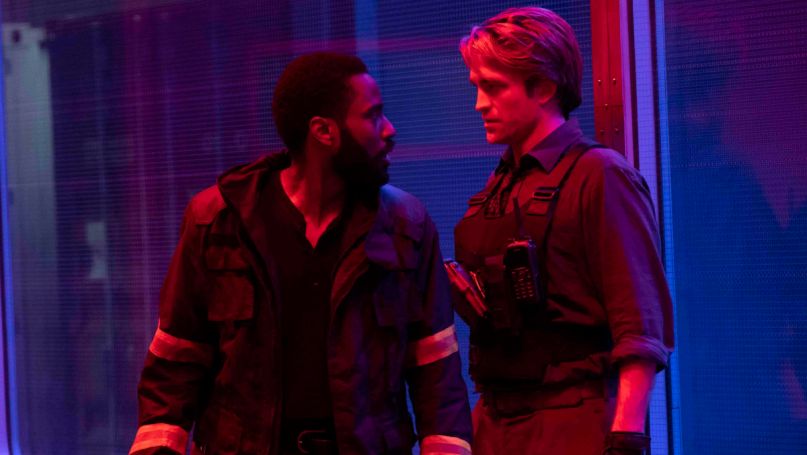 One of the numerous arguments made against those who refuse to wear a mask is that they’re making things worse for literally everyone else. Validating that stance even further is news that Warner Bros. has again delayed the release of Christopher Nolan’s highly anticipated sci-fi thriller Tenet due to the nation’s recent spike in coronavirus cases.

Originally scheduled for a July 17th release, Tenet was pushed to July 31st just two weeks ago. However, America has since approached record numbers of new COVID-19 cases, signaling a worsening of the pandemic even as some states begin reopening. In response, WB has given the film a new target date of Wednesday, August 12th.

Nolan has been adamant about getting Tenet into cinemas this summer, both because that’s where the film is meant to be seen and to help struggling exhibitors who were forced to shutter during the pandemic. WB expressed its commitment “to bringing Tenet to audiences in theaters, on the big screen,” noting it would remain flexible until “exhibitors are ready and public health officials say it’s time.”

The studio’s statement continued (via The Hollywood Reporter),

“We are choosing to open the movie mid-week to allow audiences to discover the film in their own time, and we plan to play longer, over an extended play period far beyond the norm, to develop a very different yet successful release strategy.”

What’s more, industry insiders expect that Disney will soon announce another delay for Mulan, currently set for a July 24th debut. The live-action adaptation of the classic cartoon was expected to launch the postponed summer blockbuster season, but like WB, Disney is apparently listening to the concerns of theater chains about welcoming back customers too soon.

This news comes just one week after the nation’s three largest cinema chains — AMC Theatres, Cinemark and Regal Cinemas — each announced plans for reopening beginning July 17th. Initially, none of the companies said wearing masks in their theaters would be required, though AMC quickly reversed course after experiencing massive public backlash. The chain was already concerned about financially surviving the pandemic; with major releases postponed deeper into summer and no curve flattening in sight, those fears are likely exacerbated.