Bruce Springsteen to Donald Trump: “Put on a Fucking Mask”

During his SiriusXM show, The Boss called Trump's COVID-19 response "a national disgrace" 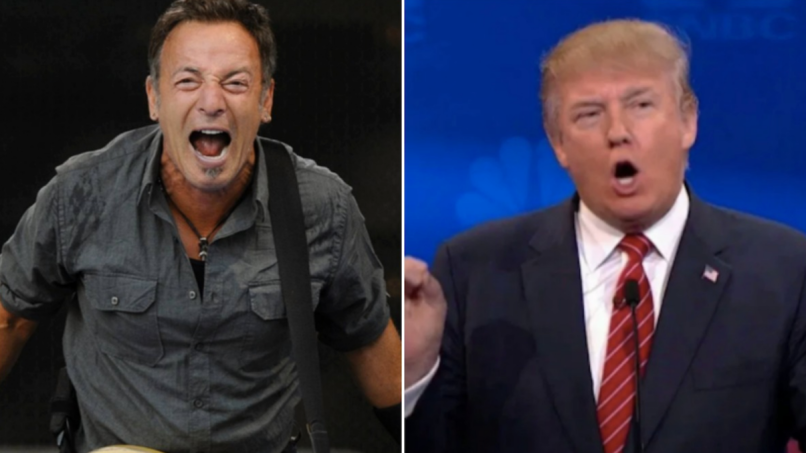 Like many Americans, Bruce Springsteen is fed up with our country’s deadly mishandling of the COVID-19 pandemic. On the latest episode of his SiriusXM show From His Home To Yours, the Boss called Donald Trump’s callous response to the public health crisis “a national disgrace,” and even told POTUS to “put on a fucking mask.”

According to Rolling Stone, Springsteen was planning to dedicate the episode to songs that celebrate summer, but ultimately decided to use the time to offer prayer for those who’ve lost loved ones and to condemn our president’s pitiful leadership during these unprecedented times.

“With 100,000 plus Americans dying over the last few months and the empty, shamed response from our leaders, I’ve been simply pissed off,” the rock icon said at the beginning of the E Street Radio broadcast. “Those lives deserve better than being simply inconvenient statistics for our president’s reelection efforts. It’s a national disgrace.”

“So instead of celebrating the joys of summer today,” he continued, “we will be contemplating on our current circumstances with the coronavirus and the cost that it has drawn from our nation. We will be calculating what we’ve lost, sending prayers for the deceased, and the families they’ve left behind.”

Springsteen then sent out a message to “the man sitting behind the resolute desk” and transitioned directly into Bob Dylan’s “Disease of Conceit” — a fitting song choice given Trump’s delusional arrogance. “With all respect, sir, show some consideration and care for your countrymen and your country. Put on a fucking mask,” he addressed Trump, who has notoriously refused to cover his face when out in public.

The rest of Springsteen’s set was comprised of songs like Neil Young’s “When God Made Me”, Sensational Nightingales’ “Burying Ground”, his own cover of Suicide’s “Dream Baby Dream”, and Johnny Cash’s “The Man Comes Around”. In between the music, Springsteen read the names of people who’ve died from COVID-19, both everyday citizens and stars like John Prine and Fountains of Wayne frontman Adam Schlesinger.

Upon closing the show with the aforementioned Cash tune, The Boss offered his own interpretation of how it relates to our present times. “He is warning us that Judgment Day is coming,” he said. “The election is only months away. Vote. God help us all. Vote before it’s too late.”

This isn’t the first time that Springsteen has used From His Home To Yours to air his thoughts on current events. A couple weeks back, he used the June 3rd edition of the show to offer a powerful tribute to George Floyd.

You can listen to a rebroadcast of Springsteen’s show on-demand via SiriusXM.