"As of this broadcast, the country is on fire and in chaos" 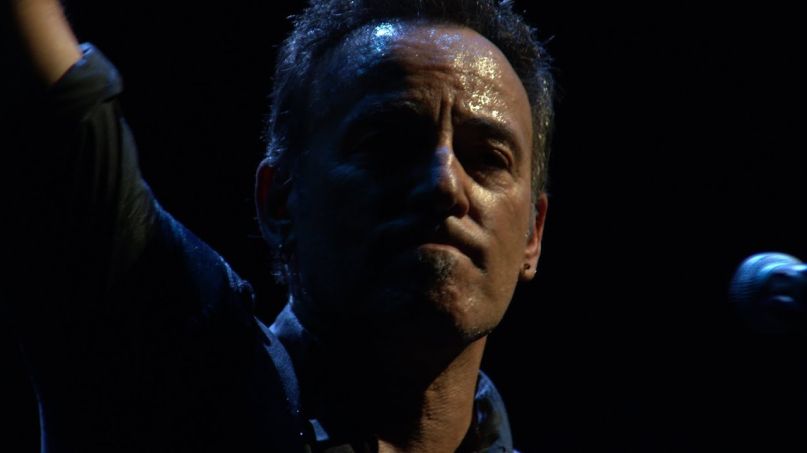 Since the early days of lockdown, Bruce Springsteen has been hosting weekly From His Home to Yours broadcasts on SiriusXM’s E Street Radio. On Wednesday, the rock icon dedicated his latest program to George Floyd, the Minneapolis man whose murder sparked the worldwide protests for equality and justice reform.

Fittingly, Springsteen opened the show with his own “American Skin (41 Shots)”, a song written in response to the 1999 killing of Amadou Diallo, an unarmed Guinean immigrant shot dead by four New York City police officers. The song stretches for nearly eight minutes, which Springsteen noted is “how long it took George Floyd to die with a Minneapolis officer’s knee buried into his neck” (via Rolling Stone). He continued,

“That’s a long time. That’s how long he begged for help and said he couldn’t breathe. The arresting officer’s response was nothing but silence and weight. Then he had no pulse. And still it went on… May he rest in peace. As we speak, 40 million people are unemployed. 100,000 plus citizens have died from COVID-19 with only the most tepid and unfeeling response from our White House. As of today, our black citizens continue to be killed unnecessarily by our police on the streets of America. As of this broadcast, the country is on fire and in chaos.”

The Boss then spun Childish Gambino’s “This Is America”, Kanye West’s “Who Will Survive in America?”, Bob Marley’s “Burnin’ and Lootin'”, and a trio of Bob Dylan tracks: “Political World”, “Murder Most Foul”, and “Blind Willie McTell”. “We remain haunted, generation after generation, by our original sin of slavery,” Springsteen said before playing the latter track. “It remains the great unresolved issue of American society. The weight of its baggage gets heavier with each passing generation. As of this violent, chaotic week on the streets of America, there is no end in sight.”

POWERFUL Message From @springsteen dedicating American Skin and then Murder Incorperated to the memory of #GeorgeFloyd. pic.twitter.com/njGLSXl7pr

Later, Springsteen played Billie Holiday’s “Strange Fruit”, describing it as “one of the darkest songs in the American canon.” He called the video capturing Floyd’s death “a 21st century visual lynching,” noting that Holiday was singing about the same thing during the period from the Reconstruction into the 20 century.

Following a recording of a Martin Luther King Jr. speech delivered in Birmingham, Alabama in 1963, Springsteen discussed how the Southern Christian Leadership Conference’s fight advanced the civil rights movement. (Or perhaps, what history will surely recognize as “the first” civil rights movement). He said,

“Now almost 60 years later, we wake again to an America who burned our buildings, torched police cars and shattered shop windows. The cost that we’re paying for another half of a century of unresolved fundamental issues of race. We have not cared for our house very well. There can be no standing peace without the justice owed to every American regardless of their race, color or creed. The events of this week have once again proven that out.

We need systemic changes in our law enforcement departments and in the political will of our national citizenry to once again move forward to the kind of changes that will bring the ideals of the Civil Rights movement once again to life and into this moment.”

Closing the show with Gram Parson’s “In My Hour of Darkness” and the United States Army Field Band Soldiers Chorus’ rendition of “America (My Country, ‘Tis of Thee)”, The Boss ended on a note challenging the country to do better:

“We have a choice between chaos or community, a spiritual, moral and democratic awakening or becoming a nation fallen to history as critical issues were refused or not addressed,” he said. “Is our American system flexible enough to make, without violence, the humane, fundamental changes necessary for a just society?

The American story, our story, is in our hands and may God bless us all. Stay safe. Stay well. Stay strong. Until we meet again, stay involved. And go in peace.”

You can listen to a rebroadcast of Springsteen’s show on-demand via SiriusXM.

Something useful if you are looking to be active during these critical times. -Bruce https://t.co/XqoTFGtS3B