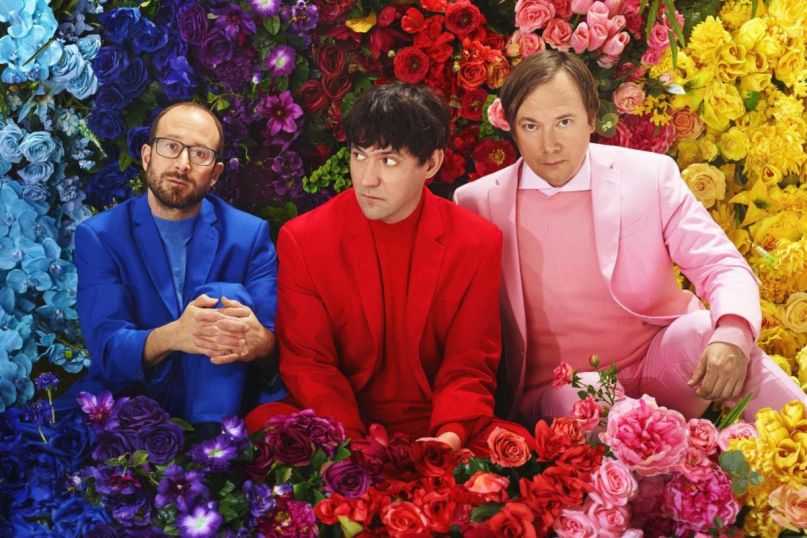 Bright Eyes have announced details of their long-anticipated comeback album, Down in the Weeds Where the World Once Was. Their first studio effort in nine years arrives August 21st, and the band has shared a new preview with the single “Mariana Trench”.

Between 1998 and 2011, the trio of Conor Oberst, Mike Mogis, and Nate Walcott released eight albums together, reinventing indie music and paving the way for a whole generation of folk-inflected songwriters. But Bright Eyes went on hiatus after 2011’s The People’s Key, as Oberst focused on his solo career and side projects like Better Oblivion Community Center with Phoebe Bridgers. Down in the Weeds Where the World Once Was reunites one of the great frontmen of his generation with his best-known and most beloved collaborators.

As is often the case with an Oberst project, the appeal begins with the lyrics. In the financial satire “Mariana Trench”, Oberst plumbs the depths of human nature, examining how low our species will sink. He sings of industries, “where selfishness is currency,” and memorializes those hedge-fund heroes who have to, “Look out for the plainclothes/ Look out for what the wiretap knows/ Look out on the ever-widening money trail and where it goes.” As Oberst sees it, great wealth is accompanied by overwhelming paranoia and moral hazard, and the only way to keep up the relentless accumulation is to “look hard for a harder something to sacrifice.” Check out “Mariana Trench” below.

On August 21st, Down in the Weeds will be available for streaming, or as two LPs on limited transparent red & transparent orange vinyls. Pre-orders are ongoing. Previously, Bright Eyes shared the singles “Persona Non Grata”, “Forced Convalescence”, and “One and Done”.

Down in the Weeds Where the World Once Was Artwork: