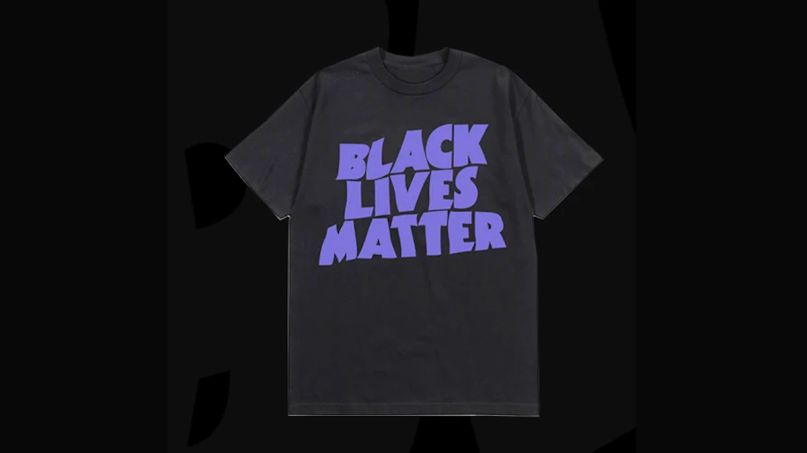 Black Sabbath are showing support for Black Lives Matter by selling a t-shirt with the activist movement’s name spelled out in the style of the iconic metal band’s logo. All net proceeds from the sale of the shirts will be donated to support Black Lives Matter.

The godfathers of heavy metal played their last show in 2017, but they continue to have legions of fans throughout the world. The reaction to the t-shirt on the band’s Facebook page has been mostly positive, with some dissenters renouncing their fandom over its political nature. Those naysayers have been called out by supportive fans, who cite the band’s political anthems like “War Pigs” and “Wicked World” as examples of the heavy metal legends taking a stance on social issues in the past.

The shirt plays off the purple band logo made famous on the cover of Black Sabbath’s third album, 1971’s Master of Reality. While Sabbath used different fonts for their name on various album covers throughout the years, the Master of Reality style became their most recognizable band logo.

Black Sabbath may have actually gotten the idea from Rage Against the Machine guitarist Tom Morello, who wore a custom shirt in the same design while posing with his mom earlier this month, as seen in the tweet below. Sabbath bassist Geezer Butler gave the pic a thumbs up, remarking, “Nice shirt & nice sentiment & awesome mum.”

Sabbath’s support for Black Lives Matter comes amid continued protests over the death of George Floyd, an unarmed black man who was killed in police custody in Minneapolis. Demonstrations have now been taking place for three weeks in multiple cities across the nation and throughout the world.

This year, Black Sabbath are celebrating 50 years since the release of their first two albums, their self-titled debut and Paranoid, both issued in 1970. To mark the 50th anniversaries of the classic LPs, Heavy Consequence caught up with a number of rock and metal musicians to discuss Black Sabbath’s legacy. Watch below as Tom Morello, Disturbed’s David Draiman, Iron Maiden’s Steve Harris, Zakk Wylde, and more reflect on Black Sabbath’s influence.

Black Sabbath’s Black Lives Matter t-shirt is available for $25 in sizes small through 4XL at the band’s official merch store. Orders are expected to begin shipping on July 14th.