Slate said, "Black characters on an animated show should be played by Black people" 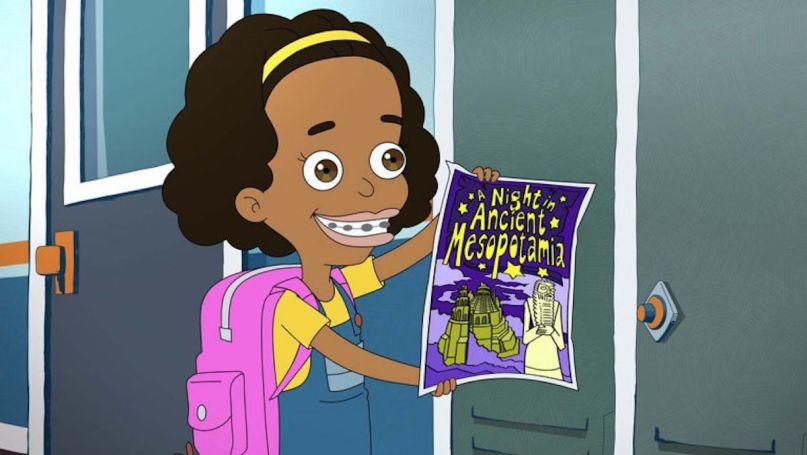 Netflix’s animated series Big Mouth is experiencing a new growth spurt. After spending three seasons voicing the role of Missy, a biracial tween, Jenny Slate has stepped down from the role so that a Black voice actor can have it instead.

Slate revealed her decision earlier today in a lengthy statement posted to Instagram. In the post, she explains that she initially believed it was “permissible” to voice Missy in the Emmy-nominated series because the character’s mother is Jewish and white, which Slate herself is in real life. “But Missy is also Black, and Black characters on an animated show should be played by Black people,” her statement reads. Slate then acknowledges that she was “engaging in an act of erasure of Black people” and that both her receiving the role and her decision to accept it are examples of white privilege and societal white supremacy.

“As I look back on the nature and emergence of my own voice and comedy I know that I have made mistakes along the way,” writes Slate. “I can’t change the past, but I can take accountability for my choices. I will continue to engage in meaningful anti-racist action, to be thoughtful about the messages in my work, to be curious and open to feedback, and to do my best to take responsibility for the way that I am part of the problem. Most importantly though to anyone that I’ve hurt: I am so very sorry. Black voices must be heard. Black Lives Matter.”

Slate asked the show’s producers for the change, and they agreed. In their own Twitter post, creators Nick Kroll, Andrew Goldberg, Mark Levin, and Jennifer Flackett write, “We are proud of the representation Missy has offered cerebral, sensitive women of color, and we plan to continue that representation and further grow Missy’s character as we cast a new Black actor to play her.”

Read both statements in full below.

Big Mouth was recently renewed for three more seasons, securing it a future as far ahead as Season 6. Luckily for fans, the coronavirus pandemic hasn’t slowed their work schedule. In fact, Big Mouth is one of many animated TV series that are staying in production while the rest of the industry shuts down. In fact, Slate has already recorded Missy’s lines for Season 4, which means we likely won’t hear her replacement until Season 5 (via Variety).