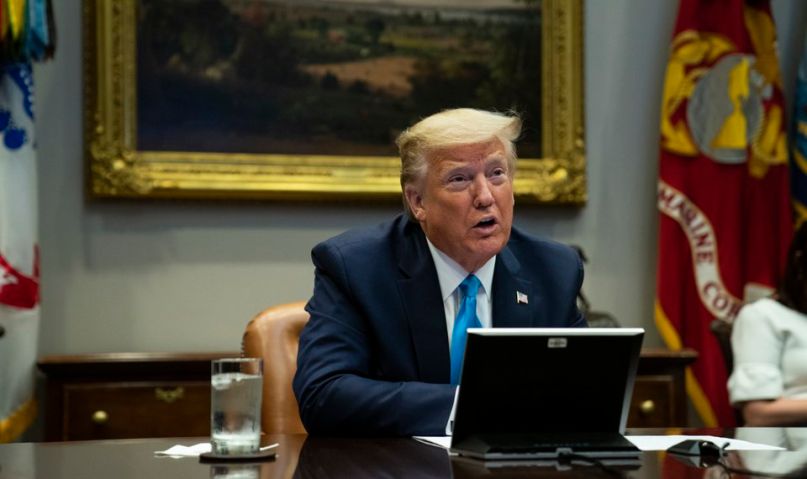 Donald Trump, photo via The AP

The popular subreddit r/The_Donald, home to many Donald Trump supporters and one of the nastiest, most unwelcoming places on the Internet for years, is officially no more. The virtual hive for MAGA fanatics has been banned by the higher-ups at Reddit due to newly defined hates speech guidelines.

Reddit’s updated anti-hate speech measures led to the shut down of nearly 2,000 other subreddits, including r/darkhumorandmemes, r/gendercritical, and r/wojack. All had allegedly been in violation of the site’s updated content policy page, which declares that subreddits and users who “incite violence or that promote hate based on identity or vulnerability will be banned.”

The new policies are a huge about-face for a website that long resisted calls to police even its most egregious content under the guise of free speech. Until just a few years ago, Reddit allowed users to post stolen nude photographs and operate a subreddit dedicated to images of underage girls.

According to Variety, Reddit CEO/co-founder Steve Huffman admitted in a blog post that he and his colleagues had “fallen short” at managing the balance between community autonomy and regulating hate speech. “We are committed to working with you to combat the bad actors, abusive behaviors, and toxic communities that undermine our mission and exist solely to get in the way of the creativity, discussions, and communities that bring us all to Reddit in the first place,” Huffman wrote.

— Post describing a racial minority as sub-human and inferior to the racial majority.

— Comment arguing that rape of women should be acceptable and not a crime.

— Meme declaring that it is sickening that people of color have the right to vote.

The mass removal of subreddits also included the left-wing r/ChapoTrapHouse. The community was created by fans of the popular podcast Chapo Trap House, and had become a place for anti-capitalist memes and discourse on Bernie Sanders, Medicare for All, anti-fascism, and more. Reddit’s decision to act against bigotry, racism, sexism, homophobia, and the like is a positive step forward, but their move to lump raunchy left-wing humor in with violent hate speech — essentially equating fascist speech with anti-fascist speech — will likely be considered controversial by some.

Reddits new policies come as social media sites have face renewed pressure to curb the presence of dangerously inaccurate information and hate speech on their platforms. Twitter recently began adding labels to some of Trump’s tweets in an attempt to refute grievous inaccuracies. Meanwhile, Twitch temporarily banned Trump’s account earlier today for airing content that violated its content policy. One of the streams in question was a rebroadcast of Trump’s infamous presidential kickoff rally, during which he said that Mexico was sending rapists to the United States.

Meanwhile, all of these necessant policies are far more progressive than those at Facebook, which, according to The New York Times, won’t limit untruthful or problematic posts by political leaders under the assertion that they’re “newsworthy.” That said, earlier this month the social network did pull a Trump campaign ad for featuring Nazi symbolism.