Lady Gaga’s Chromatica Dances Through the Pain and Trauma: Review 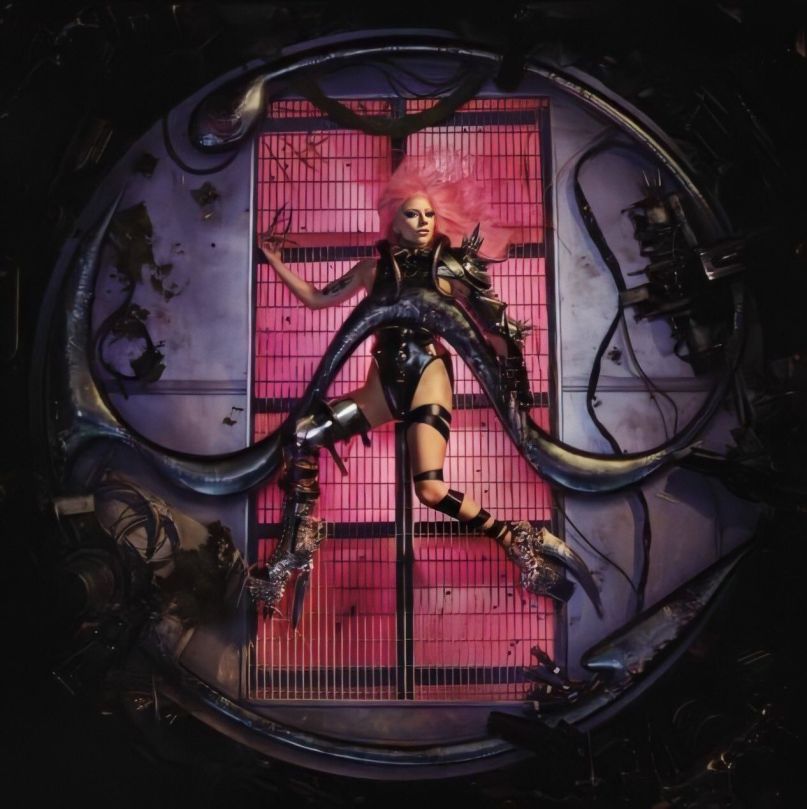 The Lowdown: It feels strange listening to dance music at a time when dance clubs themselves, nights out with friends, and, for many, friends in general are impossible to access in person. Like so many of the joys people have managed to find in quarantine, kitchen-floor dance parties and celebrations shared via Zoom and FaceTime — while necessary reliefs and real, genuine joys — can also sometimes feel tinged with a hint of delirium. But Chromatica feels like an appropriate answer to the vacancy created by this dissonance — as a lot of Lady Gaga’s work has done in the past, it offers up some honest-to-God bangers side by side with some honest-to-oneself reckonings with trauma, pain, addiction, and the very idea of what it means to be flawed and how this idea shifts depending on who’s defining it.

The Good: Chromatica finds Lady Gaga returning to her dance pop days, prior to A Star Is Born and the stripped-back Joanne, and offering up refined affirmations of identity and pain. The album draws meaning from sound itself, not only in the unification of upbeat pop with sad and conflicted themes, but also in its attention to the ways in which making music can be a process of healing and working through trauma. This surfaces in the searching determination of the Wonderland-focused “Alice”, the tormented repetitions of “Replay”, and the strained, synthy ballad “Sine from Above”, which finds Gaga and Elton John exploring the relief and revelation that creative expression often brings. Chromatica gets a lot of mileage out of its high-profile collaborations, with Ariana Grande matching Gaga’s expressive tones in “Rain on Me” and the women of BLACKPINK, a good team in a storm, adding their acrobatic vocals to “Sour Candy”. Throughout all of these tracks, the overall tone remains consistent and colorful, with synths, reinforced background vocals, and climbing backbeats anchoring Gaga’s confrontations with past experiences, surrounding forces, and above all herself.

In the Chromatica Manifesto featured on the enhanced version of the album, Gaga’s explanation of what Chromatica means to her is explicitly linked with her overarching ideas about what art and music mean to her. “I cannot finish it here,” she says in Part 3 of the manifesto. “It would be like declaring I will never make music or be Lady Gaga again.” The sweeping framing of the intention of the album is a little hard to parse at first, but the forging of the finale into not an ending but a “new beginning” brings things clicking into place. From beginning to end, Chromatica offers a feeling of insistent and persistent searching, all through a retro EDM filter that never once falters. And particularly when it comes to inner self and inner truth, searching is never something that can be concluded. It feels right that Gaga ends instead with the Madonna-esque “Babylon”, a catchy condemnation of gossip and the dangers of trusting others’ outside opinions over what one knows of oneself.

The Bad: While the subject matter of Chromatica is bold and clear, the music itself could have stepped further out of the lines Gaga has drawn for herself in her previous work — although it may be a tall ask for someone whose previous work has already established her so thoroughly and skillfully as a daring, outgoing, and, at times, even outrageous artist. Many of these songs blend into one another so thoroughly that the album loses some opportunity it might have had for variation. Some of the aspects of the album that do at first seem to set it apart at a surface level — like the brief and cinematic “Chromatica” instrumentals that introduce each third of the album — in retrospect feel like less memorable and interesting and perhaps necessary features compared to the work that other parts of the album are doing.

The Verdict: Gaga’s approach, taking thoughts and insecurities that feel personal and private — vulnerability to the press, the triggering of PTSD, the advantages taken by different parties in love and romance — and turning them into music to dance to turns our traditional expectations of introspection inside out, as so much good pop music often does. Gaga has been an irrevocable force in helping to craft this multidimensional landscape of music, simultaneously daring and vulnerable and inventive, not only with Chromatica but with all of the work she’s done over the past decade. As she herself has said, Chromatica is at least in part a presentation of what making music means for her. “This is my dance floor/ I fought for,” she sings on “Free Woman,” a line that carries a resonance beyond itself in this specific moment — dancing is almost always something fought for in one way or another, but particularly for those who have gone through traumatic experiences, and the power to create the space for dancing is never one to be taken lightly.