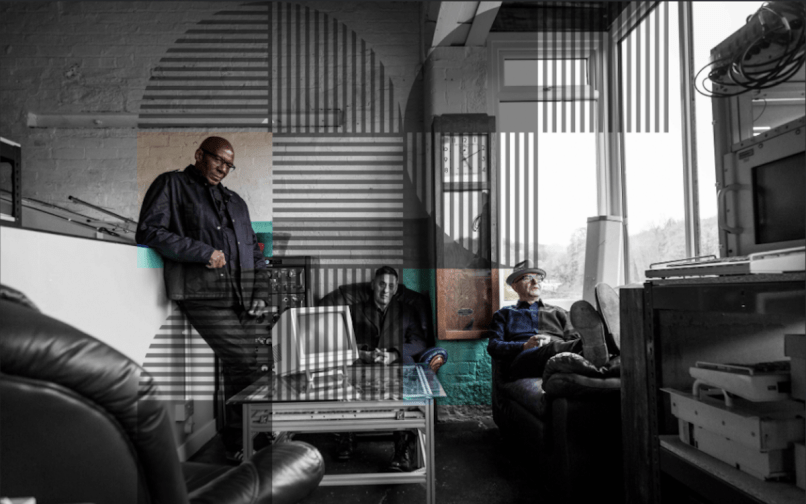 Experimental punk-funk outfit A Certain Ratio have announced their first album in 12 years, ACR Loco. With an eye on a September 25th release date, the band has now the first single single, “Always in Love”.

ACR formed in Manchester, England, in 1977. Between 1979 and 1992, the group released eight challenging records, with one foot in the burgeoning post-punk scene and the other toe-tapping to George Clinton’s funktastic rock. A Certain Ratio’s pace slowed a bit in the ’90s, and in the decade that followed the band only put out one album: 2008’s Mind Made Up.

ACR Loco is their 11th album overall, and the first since George W. Bush was president. The core lineup of Jez Kerr, Martin Moscrop, and Donald Johnson recorded the project with help from longtime collaborators Tony Quigley, Denise Johnson, and Matt Steele. The band hadn’t set out to make new music; back in 2018, they reconvened to work on the career-spanning deluxe box set ACR:BOX. In the process, they reworked some older material for the new release. As Donald Johnson said in a statement, that experience reignited their chemistry.

“The reworks were crucial. They got us back in the studio and forced a union and a bond. They allowed us to start getting a groove again.”

Although the band has been playing together for 43 years, “Always in Love” shows that they’re still exploring new modes of expression. ACR usually puts the bass guitar front and center, but on “Always in Love” it barely makes it into the picture. Instead, the rockers lead with a poppy top-line over tropical hand drum rhythms. With guitar and studio effects to add depth, “Always in Love” is both comforting and strange, with moments that challenge the ear and others that sound like a friendly hug. The accompanying lyric video is enlivened with photographs of the bandmember’s families, in demonstration of the song’s themes. Check out “Always in Love” below.

ACR Loco arrives September 25th via Mute, and pre-orders are ongoing. Earlier this month, A Certain Ratio released the synth-happy lead single, “Friends Around Us (Part 2)”.