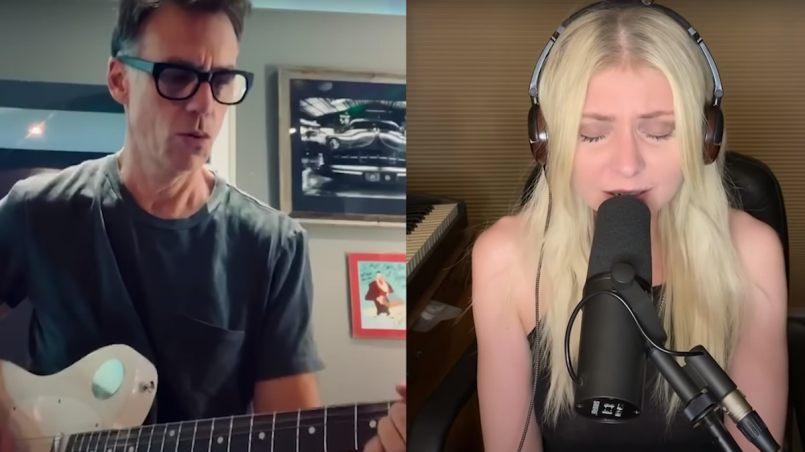 Three years ago today the world lost Chris Cornell. In honor of the late and great frontman, fellow Soundgarden bandmate and Pearl Jam drummer Matt Cameron and The Pretty Reckless leader Taylor Momsen teamed up to cover “Halfway There”.

The two musicians performed their collaborative rendition on video, broadcasting from their own respective quarantine spaces. Cameron primarily handled the guitar, while Momsen delivered a solemn yet strong vocal performance of Soundgarden’s 2012 King Animal track. Watch below.

The Pretty Reckless played an opening set for what would be Cornell’s final live performance in 2017. In a recent interview with Kerrang!, Momsen said was she deeply affected by the deaths of Cornell, whom she considered a musical hero, and The Pretty Reckless’ producer Kato Khandwala within a year of each other.

“[It] took me into what I can only describe as an extraordinarily dark downward spiral. I was in a hole that I didn’t know how to get out of, or if I was going to get out of it.” Added Momsen, “It sounds clichéd, but it was music that was the thing that brought me back to life … The only thing that I could turn to was music and that eventually led to me just writing how I was feeling.”

In related news, The Pretty Reckless just released a single called “Death by Rock and Roll”, which is believed to be off a forthcoming album recorded with assistance from Cameron. Cameron, too, recently dropped his own solo track dubbed “Down the Middle”.

As for Soundgarden, the band and Cornell’s widow, Vicky Cornell, have been tangled up in a series of legal battles as of late, including one regarding the ownership of the rock icon’s final recordings. For more of the Seattle grunge outfit, check out Kim Thayil’s recent Kyle Meredith With… appearance.