Also watch The War on Drugs perform "Pain" and "Under Pressure" 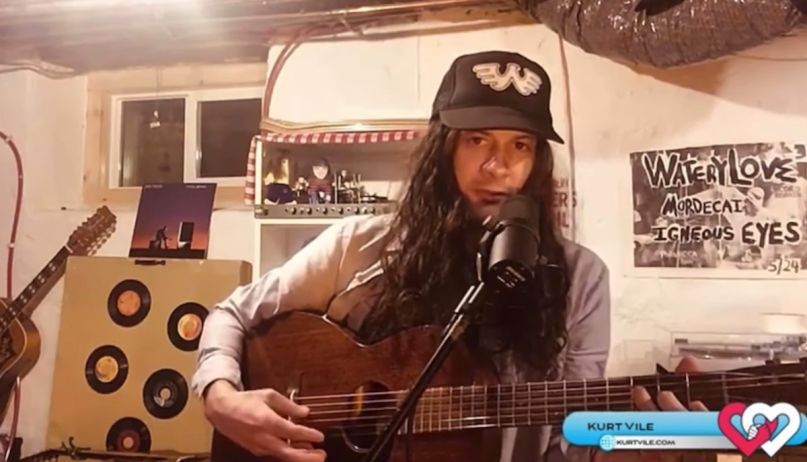 Virtual music festival and fundraiser Love From Philly took place this past weekend and boasted headlining performances from local heroes Kurt Vile and former bandmates The War on Drugs.

Broadcast from his own basement, Vile’s set featured his 2010 song “I Know I Got Religion” and 2015’s “I’m an Outlaw”. The main highlight, though, came towards the end when the guitar maestro paid tribute to the late John Prine by covering his classic “Sam Stone”.

Vile and Prine actually performed the track together before during a concert in Philadelphia two years ago. Vile has also repeatedly praised the folk legend in interviews. Speaking to The Guardian in 2018, he described Prine as “one of the greatest living American songwriters: he’s a killer performer and storyteller, with all these lamenting finger-pickers that pull right on your heart.”

As for The War on Drugs, their Love From Philly set featured all the band members performing from their respective quarantine spaces. The indie rockers unfurled 2017’s “Pain” and the Lost in the Dream fan favorite “Under Pressure”.

Prine died last month after succumbing to COVID-19. He has since been remembered by Bruce Springsteen, Jeff Tweedy, Phoebe Bridgers, and many more. Consequence of Sound also honored The Singing Mailman with a virtual tribute concert featuring Warren Haynes, Grace Potter, Norah Jones, and The Head and the Heart.