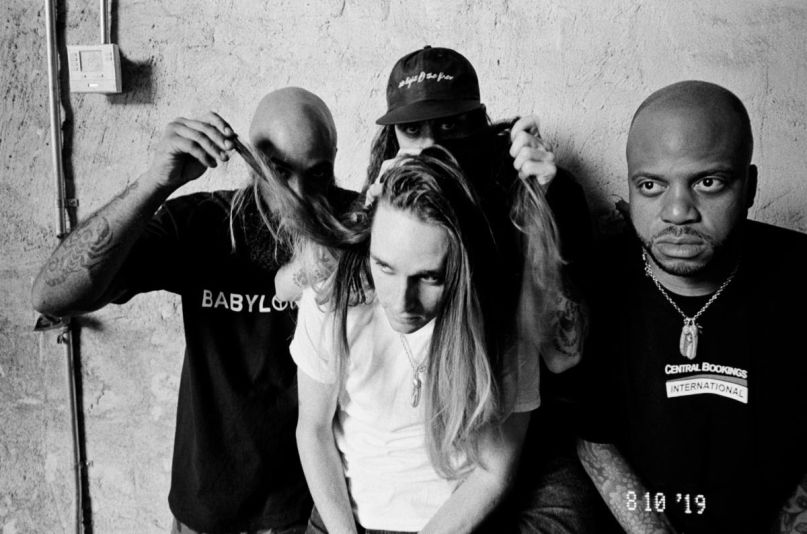 The mighty Los Angeles hardcore band Trash Talk are back with a new EP called Squalor, their first collection of new music in four years.

The five-track EP was produced by Kenny Beats, whose best known for his work with hip-hop artists like Denzel Curry, slowthai, and Rico Nasty. Squalor marks the first time Kenny Beats worked with a band on a complete project, and both the band and the producer learned a lot from one another.

Trash Talk credits Beats for bringing several new ideas to the table, including song-to-song interludes and the distorted sampling of Lee Spielman’s vocals. Meanwhile, Beats says Trash Talk “taught me more than almost any other project I’ve worked on.”

“Working with Kenny was the first time we’ve had real input in the studio. We stepped outside our typical routine,” Trash Talk’s Garrett Stevenson explained in a statement. “The dude is a real musician. Linking with him was about us respecting his ear for music.”

Squalor, the follow-up to 2016’s Tangle, arrives officially on June 5th. Below, check out the first single, “Something Wicked”.