We're clocking in to Dunder Mifflin to rank Michael Scott, Pam Beesly, Dwight Schrute, and the rest of Scranton's finest 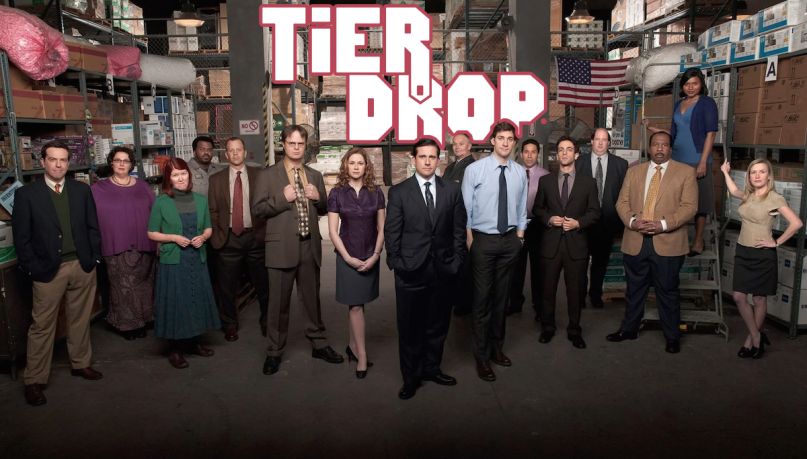 Last week, the cast of The Office reunited to bring us all some good news — but mainly superfans John and Susan, who got to watch John Krasinski, Steve Carell, Mindy Kaling, Ed Helms, and more do the infamous wedding dance to celebrate their surprise nuptials. This past Saturday also happened to be the anniversary of the classic sitcom’s series finale. In light of all of this, we’re heading to Scranton, the Electric City, to rank the characters of The Office on our Twitch show Tier Drop.

It’s rare for a primary cast to feature so many characters that could easily be fan-favorites. Sure, there’s the Michael Scotts, Jim Halperns, Jim Halperts, Pam Beeslys, and Dwight Schrutes, who center much of the show’s story. But swipe that ruler across the desk and you’re bound to bump into a Stanley Hudson, Kevin Malone, Kelly Kapoor, or — careful now — a Robert California.

Head to Twitch to catch it all, and we’ll also be broadcasting on Facebook. You can also check out the rest of our new Twitch programming all week, including watch-alongs with our podcasts The Horror Virgin, The Losers’ Club, and Halloweenies, plus our review show COVID-EODROME.