We're ranking the public servants and citizens of Pawnee, from Leslie Knope to the Saperstein siblings 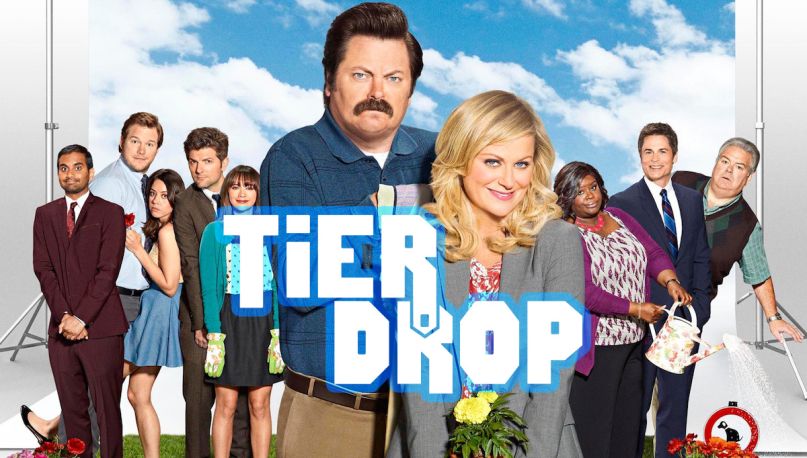 Just when we needed them the most, the greatest public servants of all time returned with the Parks and Recreation special. Even while socially distancing, Leslie Knope, Ron Swanson, Donna Meagle, and the rest of Pawnee’s favorite residents reminded us how to look out for each other and to remember what’s important in life: friends, waffles, work. So to honor the members of the Parks and Rec department, we’re ranking them all on our Twitch show Tier Drop.

What’s going to make this particular ranking so challenging is how great the core cast of Parks and Rec is. Whether dorky like Ben Wyatt or baller like Tom Haverford, irritatingly perky like Chris Traeger or lovably misanthropic like April Ludgate, the Pawnee Parks Department is full of people you want to watch. And that’s saying nothing about the rich stable of secondary characters such as Jean-Ralphio and Mona Lisa Saperstein, Tammy II, Bobby Newport, Joan Callamezzo, and so many more.

The Pawnee census is packed with personalities, and we’ll vote on them all on Tier Drop, streaming Tuesday, May 5th at 6:00 p.m. EDT/3:00 p.m PDT. Video Director Perry Froelich, Content Strategist Ben Kaye, and contributor Dan Yergert will cast the ballots this time around.

Head to Twitch to catch it all, and we’ll also be broadcasting on Facebook,. You can also check out the rest of our new Twitch programming all week, including watch-alongs with our podcasts The Horror Virgin, The Losers’ Club, and Halloweenies, plus our review show COVID-EODROME.