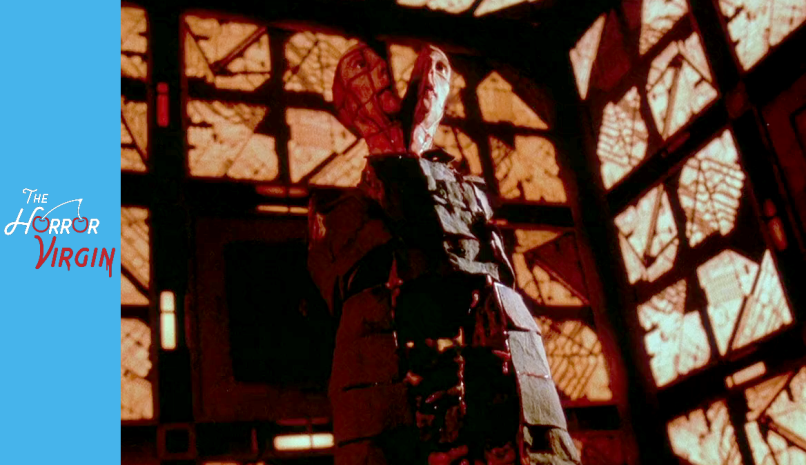 “No more talking. No more guessing. Don’t even think about nothing that’s not right in front of you. That’s the real challenge. You’ve gotta save yourselves from yourselves.”

We’ve been going in circles. The prime numbers are astronomical and we’re all out of throwing boots. We woke up in a mysterious cube full of deadly traps and none of us remembered to bring a calculator. Grab your baton and meet us on the bridge as we try to escape Vincenzo Natali’s Cube.

Try to figure out which one of us designed the outer shell as we move through each of the five colored cubes. We’ll discuss nihilism, government conspiracies, dated ’90s stereotypes, and the fundamental roles of humans in a functioning society. We have a facility for it.

Click here for previous episodes of The Horror Virgin.

— Everything We Know About Cube 4