Taylor Swift and Jack Antonoff Share Cryptic “Look What You Made Me Do” Cover for Killing Eve: Stream

Clues suggest that Taylor's brother Austin Swift is the vocalist 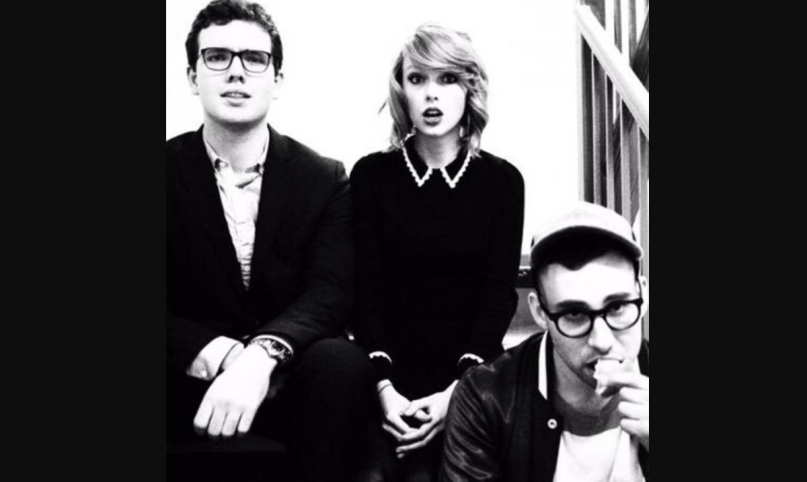 The latest episode of Killing Eve contained a cryptic cover of Taylor Swift’s “Look What You Made Me Do” by previously unknown band Jack Leopards and the Dolphin Club. Via Pitchfork, a trail of clues suggest that the song actually comes from Swift and Jack Antonoff, while Swift’s brother Austin may be the vocalist.

T-Swift left the first breadcrumb herself, when she tweeted about being “VERY STOKED” for the cover by Jack Leopards and the Dolphin Club. Jack Antonoff, a co-writer of the original version of “Look What You Made Me Do”, is listed in the credits as a producer, along with a certain Nils Sjöberg. Swifties will recall Sjöberg as the pseudonym Taylor used for her co-writing role on Calvin Harris and Rihanna’s “This Is What You Came For.” But what about Austin?

There are two strong indications that he’s also involved. The first is the single cover, which seems to be based on a photograph of Austin as a little boy wearing a dolphin club t-shirt. Then there’s Austin’s old twitter handle — around 2012-13, he went by the name The Dolphin Club. Regardless of who it is, the vocalist approaches “Look What You Made Me Do” in a breathy whisper, layering on drama over the slowed-down cover. It sounds like a soul-searching, dark-night-of-the-soul kind of cut, and is almost unidentifiable as the club-ready original. Check it out below.

Even if all this conjecture proves to be true, the question remains: why all the secrecy? Fans think it has to do with Taylor Swift’s ongoing feud with Scooter Braun. Last year, Braun purchased Swift’s former label Big Machine, along with the master recordings of her first six albums. If that’s the reason, well, Swift wouldn’t be the first artist to use a pseudonym to skirt label obligations.

A few weeks, ago, the Taylor Swift City of Lover Concert  aired on ABC, and is now streaming on some platforms. Last month, Swift participated in Lady Gaga’s One World: Together At Home Concert. Additionally, she’s covering salary and healthcare for employees of the Nashville record store Grimey’s.

VERY STOKED about this cover of lwymmd on @KillingEve by Jack leopards & the dolphin club!! pic.twitter.com/fhkLfOssfm

Nils Sjoberg (Taylor’s songwriting pseudonym) is listed on the LWYMMD cover’s credit. She’s using the pseudonym again to get around her music being hijacked from her.

Taylor Swift will not be silenced and I love it. pic.twitter.com/TV6J2x1ACD