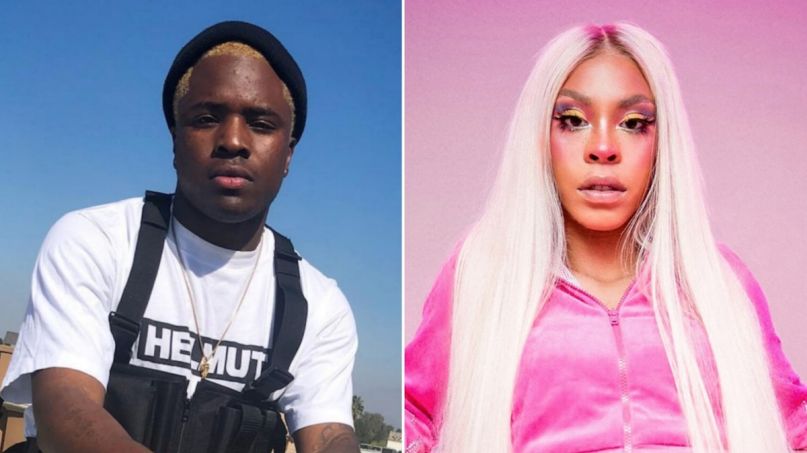 The NBA season is currently on hold, but fortunately there are many documentaries out there for fans to get their basketball fix. In addition to the hit Michael Jordan miniseries, The Last Dance, Kevin Durant’s new Showtime program Basketball County: In the Water will focus on hoopers from the DMV (DC, Maryland, Virginia) region of the US.

However, Basketball County also happens to feature some non-baller talent from that part of the country in rapper IDK, who was born and raised just 30 minutes south of Baltimore. IDK has been enlisted to be the music supervisor, composer, and narrator for the entire series.

This is a huge opportunity for IDK, and he’s coming off the bench hot in his new role by dishing out a new single called “495”. Joining him on the track is a dream team of fellow regional talents like Rico Nasty, YungManny, Big Flock, Big JAM, and Weensey. The off-kilter styles of both IDK and Rico Nasty make for an especially ideal pairing, and the whole pack of DMV locals fittingly sets the scene for Durant’s documentary.

Check it out below. Basketball County premieres Friday, May 15th.

This isn’t the first time Durant and IDK have crossed paths. The basketball star once praised IDK as one of his favorite rappers in a 2019 Hot 97 interview. And in a recent Billboard interview, IDK complimented Durant’s music taste and revealed that the Brooklyn Nets player had even sent him a beat to consider.

“KD understands music more than people think,” said IDK. “He knows a lot about music. I was talking him the other day and he knew about arpeggio and all that. I actually just got a beat from him that’s kind of tight. He makes beats. If he wasn’t playing basketball, he’d probably be doing music.”

Last year, IDK released his debut album, Is He Real, which featured big-name guests like DMX, Tyler, The Creator, Pusha T, and JID. Back in March, Rico Nasty released a fiery new track called “Lightning”, and in February she joined Charli XCX and Kero Kero Bonito on a remix of 100 gecs’ “ringtone”.