Song of the Week: Lady Gaga and Ariana Grande Welcome the Storm on “Rain on Me”

The two divas team up for the second single off next week's Gaga album, Chromatica 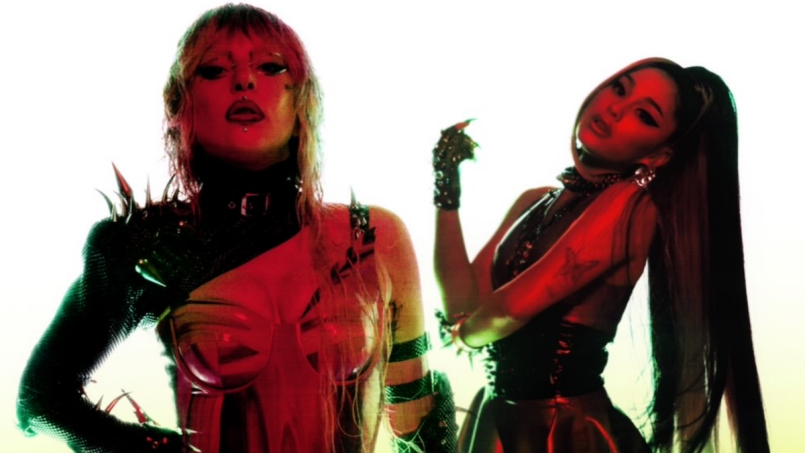 Just like local governments and health officials across the country have spoken of the COVID-19 pandemic in terms of phases, it seems like artists are also slowly venturing back to normalcy in phases. If this week taught us anything, it’s that strumming a guitar from your living room on Instagram is totally last phase. This week instead saw notable names like Carly Rae Jepson, Owen Pallett, Jeff Rosenstock, and Dave Harrington (of Darkside) release surprise albums. Another trend finds many of our favorite artists pairing up for surprise singles. Just this week collaborations included Soccer Mommy and Jay Som, Local Natives and Sylvan Esso, Migos and YoungBoy, IDK and A$AP Ferg, and even Lady Gaga and Ariana Grande in a team-up that’s as big as it gets.

The Grande feature comes on Lady Gaga’s most recent (and second overall) single for Chromatica, the diva’s sixth studio album still due out next week. To see the dynamite feature, a full-scale music video, and the fact that the album hasn’t been postponed into oblivion can’t help but make us feel a bit normal as music fans, even if the song itself, “Rain on Me”, hints at the compromises we’re all making right now. “I’d rather be dry/ But at least I’m alive,” repeats Gaga on the chorus, a line that should make us count our blessings to be alive, hopefully healthy, and, if we’re really blessed, maybe even employed. On her verse, Grande extols the idea of staying true to ourselves (“Gotta live my truth”) and not using times of trouble as an excuse to settle (“Oh, but at least we try”) for being less than our best selves.

“It’s coming down on me/ Water like misery,” sings a wounded Gaga, the pendulous storm clouds in the video raining literal daggers. But it’s a storm that both she and Grande are able to weather. By the end of the video, Gaga and her “No Tears Left to Cry” co-star are calling for the rain and tears to fall on them as they dance playfully like young girls splashing in puddles. It’s a banger that we’ll no doubt be doing the same to whenever the world lets us see a dance floor again, but in the meantime, the message from two of the biggest pop stars in the world is noted and well taken. No matter how bad the storm gets, we will endure and perhaps come out a little cleaner on the other side for the pain.

For Fans Of: In a time where many of us can’t even set foot in a sit-down restaurant or hair salon, let alone a theater or a concert venue, seeing two of the biggest pop stars in the world able to still join forces does feel like a light at the end of the tunnel. I think anyone can appreciate that sentiment right now. It’s a small glimmer of normalcy in a time with very little of it in sight.

Best Moment: Gaga and Grande have vocal chops for miles, but the moment that stands out is Gaga’s vocal handoff to Grande, where the soaking wet singer snarls, “Rain on me” like a dare and thrashes at the screen like a wild animal. It’s the release all of us have needed at least a couple dozen times during this pandemic.

Where to Go from Here: Chromatica comes out in less than a week and is certain to be a light (perhaps strobe) in dark times. Unfortunately, we’re still waiting to see when and if Gaga’s all-stadium tour will be rescheduled.