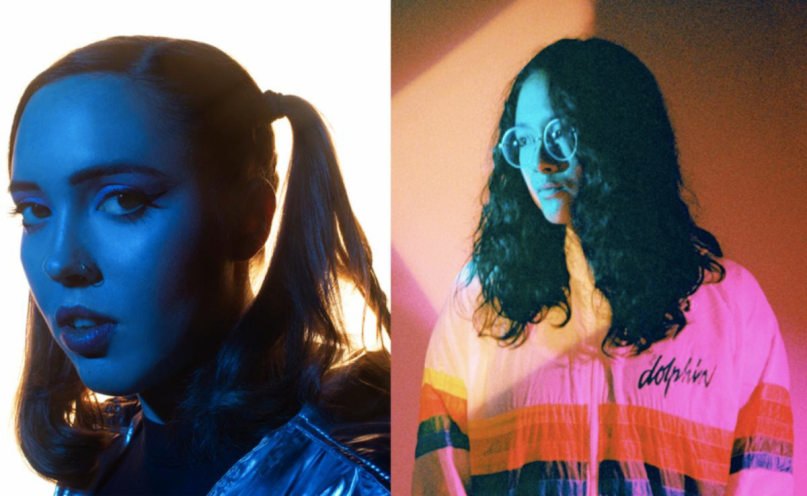 Sophie Allison, aka Soccer Mommy, has announced the new Soccer Mommy & Friends Singles Series. Every two weeks she’ll be releasing a paired set of songs. First up is a pair of covers, with Jay Som taking on Soccer Mommy’s “Lucy” and Soccer Mommy returning the favor for the 2016 track “I Think You’re Alright”.

To tackle Soccer Mommy’s Color Theory-standout “lucy”, Jay Som digitally manipulated her voice to drop it down an octave, while also occasionally accompanying herself in her normal register. This creates a kind of uncanny valley effect, so that the melody sounds lovely and just slightly wrong. “I had an extremely fun time recording the ‘lucy’ cover,” Jay Som said in a statement. “Sophie has such a special way of entwining catchy melodies and sometimes dark chord progressions. I feel very lucky to be a part of this comp!”

To cover Jay Som’s early breakout single “I Think You’re Alright”, Soccer Mommy utilized a drum-forward mix and dark, sludgy percussion to create an undertone of discomfort. She said, “I’m super excited to kick things off with this Jay Som collab because Melina really made such an awesome new version of “lucy”. I have also always loved her song “I Think You’re Alright”, so it was great to get a chance to cover it. It has such a sweet tenderness to it that just makes you feel warm inside.”

The singles are available to purchase through Bandcamp, with all net profits going to Oxfam’s COVID-19 Relief Fund. Future installments of the & Friends Singles Series will feature Beabadoobee, MGMT’s Andrew VanWyngarden, and Beach Bunny. Check out “lucy” and “I Think You’re Alright” below.

Earlier this month, Soccer Mommy shared a new 8-bit video for “crawling in my skin”. She recently began contributing original programming to Sonos’ new digital radio service. As for Jay Som, in February she premiered a pair of singles in “A Thousand Words” and “Can’t Sleep”.