"If there's concerts next year, Van Halen will probably be on tour" 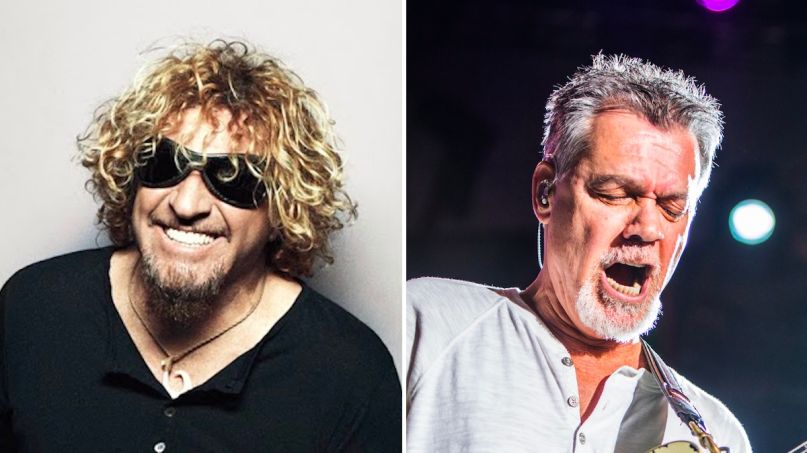 While Van Halen have been inactive for the past few years, the Rock & Roll Hall of Fame band has made a number of headlines. First it was reported and later confirmed that Van Halen had reached out to former bassist Michael Anthony about bringing him back to the band for a new tour. Then, in September, Roth made his comment about Van Halen being “finished.” A month later, a report surfaced that Eddie was diagnosed with throat cancer, and had been undergoing treatments for five years.

With the concert industry on hold due to the pandemic, Van Halen have plenty of time to figure out their situation. Hagar, for one, told Rolling Stone that he thinks “Van Halen will probably be on tour next year” if concerts resume.

“Until Ed or [drummer] Alex Van Halen die, they’re not finished,” remarked Hagar. “Those are two great musicians that can friggin’ do as good as most people at half-mast. As a drummer and as a guitarist and creative person, Eddie, I can’t see them ever being finished. I wish they were more active, but I think Van Halen will never be finished.”

He added, “If they want to get it together, they just have to call Dave or have to call Sammy. … I’m not predicting what’s going to happen, but I would tell you if there’s concerts next year, Van Halen will probably be on tour next year.”

While he’s not in the band right now, Hagar would love to be part of a Van Halen tour, splitting singing duties with Roth. “If Dave wants to come out together, we can do that. But of course he wouldn’t want to do that, so I couldn’t care less if I even saw the guy … I want to to walk out there every night and do the best of Van Hagar and have him do the best of that era. That’s a good a tour as anyone would ever do on the planet and it’s for the Van Halen fans.”

As for Eddie’s health, Hagar made no comment about the guitarist’s reported cancer battle, but said he thinks he had “back surgery” and that’s what may have derailed a planned summer 2019 tour. He continued, “Eddie had a lot of health issues, but I heard he got it together. I pray for the guy and I love the guy.”

Ultimately Hagar believes he will collaborate with Eddie Van Halen again, concluding, “I know that Eddie and I are not done. If enough water goes under the bridge before we die, it’ll happen. It has to. God is going to slap us both around if he has to.”

Hagar’s Van Halen comments come right as he’s canceled his summer tour with his current band, Sammy Hagar & The Circle. Co-headliner Whitesnake had already dropped off the bill due to frontman David Coverdale’s health issues, but now the entire outing has been nixed because of the COVID-19 pandemic.