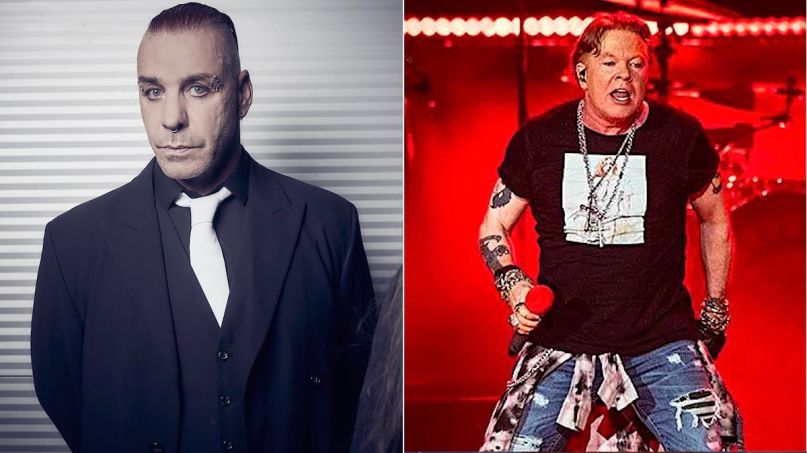 Two of rock’s biggest live acts will not be touring Europe this spring and summer, as planned, due to the COVID-19 pandemic. Rammstein and Guns N’ Roses have each announced that they’ve called off their respective outings.

Rammstein were scheduled to embark on a new leg of their “Stadium Tour” on May 25th in Klagenfurt, Austria, and remain on the European run until August 4th in Aarhus, Denmark. As of now, there has been no official announcement regarding the band’s late summer North American run, which is slated to kick off August 20th in Montreal.

Rammstein, who’ve been touring in support of their 2019 untitled album, explained the European tour cancellation:

“Due to local event restrictions related to COVID-19, which now affect almost all planned dates, the band’s 2020 stadium tour can unfortunately not take place. We are currently checking whether it is possible to reschedule the dates and will communicate any updates as soon as possible! All tickets will remain valid until then. Thank you again for your understanding and patience.”

Guns N’ Roses’ European tour was set to kick off May 20th in Lisbon, Portugal, and run through a June 27th show in Dublin, Ireland. Like Rammstein, GN’R have not made an official announcement regarding their North American summer tour, which is slated to launch July 4th in Milwaukee.

“GN’R fam: Sadly, the upcoming European tour will not be happening. Things are changing daily and we want to keep our fans, crew members and band safe. We are working hard with our promoters, venues and cities/countries on next steps and will make further announcements as soon as we can. Thank you for your patience, we will get through this together and look forward to seeing you all very soon.”

As specified in both statements, Rammstein and Guns N’ Roses are both looking into rescheduling the dates for a later time.

Last month, it was briefly reported that Rammstein singer Till Lindemann had contracted coronavirus and was hospitalized in critical condition. The band quickly clarified that the frontman was indeed hospitalized, but tested negative for COVID-19.

Meanwhile, Axl Rose recently got into a Twitter war with U.S. Secretary of the Treasury Steve Mnuchin. The GN’R singer called the Trump cabinet member an “asshole” for declaring, “This is a great time for people to explore America.”