The forthcoming EP also includes a duet with Shania Twain 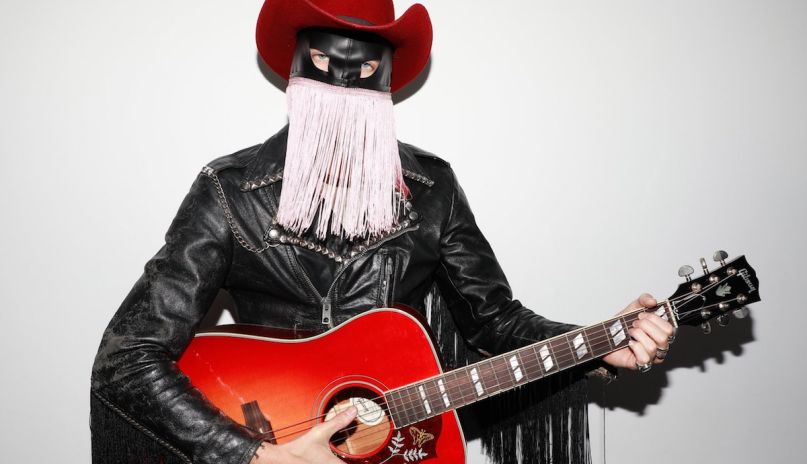 Orville Peck will celebrate the summer season with a new EP dubbed Show Pony. His first collection of music since last year’s Pony debut is officially due out .

Update – June 10th: Peck has pushed back the EP’s release to July. In a statement, he wrote, “Hey gang, I know it’s only two days away but I’ve decided to push the release of my new EP Show Pony to July. We’re undergoing a huge overdue worldwide transformation thanks to the Black Lives Matter movement and that is mainly what I want to put my focus on at the moment. The momentum is currently so strong, and it needs to keep going in order to dismantle the injustices of oppression, so if your voice hasn’t been heard yet just use it, or walk out and hear the protesters, and if you’re scared, tell them Orville sent you!”

The forthcoming EP features his “Summertime” single from April, as well as “No Glory in the West”, a newly revealed track that’s streaming below. The tracklist also features a collaboration with Shania Twain called “Legends Never Die”.

“I loved my experience with Pony. However, Show Pony is a more confident perspective and allows me to share even more both lyrically and musically,” Peck said in a statement. “Like all country albums, Show Pony is a little collection of stories – some sad, some happy – and I am excited for people to hear it. Working with Shania was a dream come true, her music made me feel empowered as a kid and was a huge influence on me.”

To see more of Show Pony, Peck will perform an “immersive” VR concert in Oculus venues on Friday, May 29th beginning at 4 p.m. PT. Registration information can be found here.

Back in March, the masked alt-country artist covered “Islands in the Stream” as a tribute to the late Kenny Rogers. On Twitter, Peck also just commented on the horrific murder of George Floyd at the hands of white police officers in Minneapolis.

“I firmly believe that Black Lives Matter. I come from a country that had one of the worst racial pasts in recent history & I can tell you that change happens when each & every person speaks up,” wrote Peck. “The way America treats people of colour is shameful and racist.”

Hiya, I firmly believe that Black Lives Matter. I come from a country that had one of the worst racial pasts in recent history & I can tell you that change happens when each & every person speaks up. The way America treats people of colour is shameful and racist. Love u guys ❤️ https://t.co/OCVsTGpPjF