The first cache of uploads include The White Stripes, Radiohead, Jarvis Cocker, and Thundercat 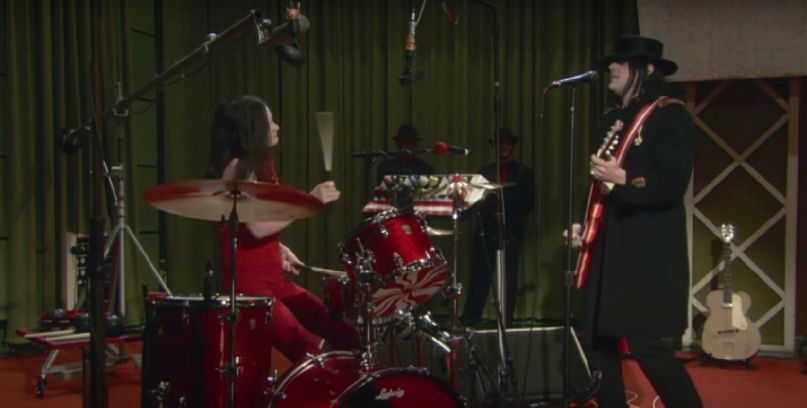 The White Stripes' From the Basement

From the Basement, the independent music performance program created by Nigel Godrich, is uploading its whole glorious archive to YouTube.

As befits a project run by Radiohead’s producer/secret weapon, the series is mostly remembered for a pair of Radiohead concerts: 2008’s In Rainbow: From the Basement, and 2011’s King of Limbs: Live from the Basement. But the show, which had a brief run on Sky Arts in the UK and IFC in the US, featured dozens of established and up-and-coming artists playing intimate, audience-free sets.

While From the Basement was at times more informal than not, Godrich seems to have produced it off-and-on between 2006 and about 2012. He announced the archive unlock in a thread on Twitter. “We did it against all odds,” he wrote, before rattling off some personal highlights.

“It was a joy to record and film the likes of The Fall, The White Stripes, Sonic Youth, PJ Harvey, Jarvis Cocker, Beck, Sparks and more. We captured Thom playing unrecorded songs for the first time, and the first TV of Laura Marling.”

In addition to those musical luminaries, From the Basement boasted performances from the Red Hot Chili Peppers, Moby, My Morning Jacket, Iggy and the Stooges, Andrew Bird, José González, Aimee Mann, Band of Horses, Cold War Kids, Willis Earl Beale, Feist, Fleet Foxes, Father John Misty, The Shins, Thundercat, and many more. So far, the YouTube channel only has a fraction of those artists, but Godrich says he’ll be uploading more soon. Check out a sample of currently available selections from The White Stripes, Thundercat, and Jarvis Cocker below.

As of today, King of Limbs: From the Basement is now streaming for the first time (officially, anyway) on YouTube. That came as part of Radiohead’s quarantine concert series, and the band had previously shared performances at Bonnaroo 2006 and Coachella 2012.

The big news is that our archive will finally be uploaded in its full glory to our YouTube channel. Starting with some clips already and uploading morehttps://t.co/UzVagmexLm