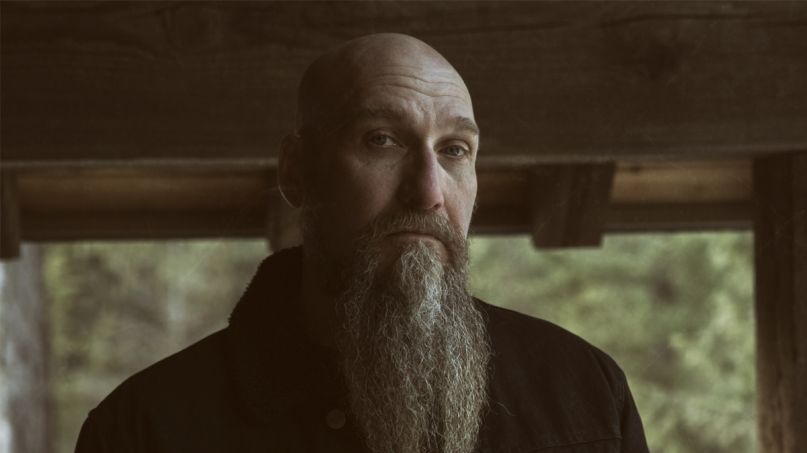 Neurosis singer Steve Von Till has announced a new solo album, No Wilderness Deep Enough, as well as book of poetry and lyrics, Harvestman: 23 Untitled Poems and Collected Lyrics. Both arrive August 7th. Von Till also offered up the album track “Dreams of Trees”.

Like much of Von Till’s solo work, the track is rooted in softer aesthetics and electronic instrumentation rather than the atmospheric sludge metal of Neurosis. Here, he explores ambient soundscapes, giving emphasis to the words and poeticism of his lyrics. The spiritual tug and introspection of his prior solo outings remains intact.

“It’s about personal longings and loss, and the loves and insecurities we all feel combined with meditations on humanity as a whole,” Von Till said in a press release. “I’m exploring the great disconnect: from the natural world, from each other, and ultimately from ourselves — trying to find meaning and depth in re-establishing those connections, to find a resonance in purpose and acknowledging the past while looking towards the future and still being in the moment.”

Harvestman marks Von Till’s first published book and acts as a thematic companion piece to the album. The book collects words from throughout his 20-plus year solo career and its namesake comes from his other solo project, Harvestman, which explores psychedelia and drone music.

No Wilderness Deep Enough was intended to be much like the latter, an instrumental ambient piece. However, Von Till’s friend and engineer Randall Dunn encouraged him to sing over the spacious musical accompaniment and make it his next solo album. Initial tracking was done with Dunn and cellist Brent Arnold and french horn player Aaron Korn. Von Till completed work on the album, finalizing the mixes with vocals, at Flora Recording and Playback in Portland, Oregon.

Pre-order No Wilderness Deep Enough and Harvestman: 23 Untitled Poems and Collected Lyrics via Neurot Recordings, and the digital album here. Listen to “Dreams of Trees” below.