The headlining performance came amidst the "Stadium Arcadium Tour", the last to feature John Frusciante before his departure 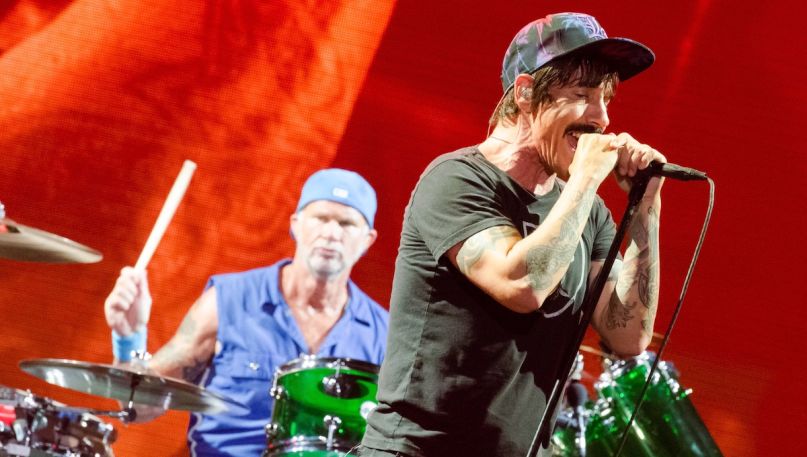 Despite the fact that we all know a 100,000-capacity event just isn’t going to happen this summer, Lollapalooza still hasn’t officially canceled its 2020 edition. While we await the inevitable announcement, the festival has been unloading classic performances from its vaults. Past streaming concerts have included The Strokes’ 2010 comeback concert and Foo Fighters’ legendary 2011 set. Today, the series continues with the reveal of Red Hot Chili Peppers’ 2006 headlining show, which you can watch below beginning at 8:00 p.m. EDT.

The 17-song performance was RHCP’s first at Lolla since 1992, back when it was still a touring festival. The shirtless rockers were in the midst of their “Stadium Arcadium Tour”, which holds a special place in fans’ hearts. Stadium Arcadium and its accompanying trek were the last to feature John Frusciante before his departure in 2009. He reunited with the group late last year, and was set to join them on stage during festival appearances this summer, though obviously those plans have been put on hold. As it stands, the only gig RHCP have played with Frusciante since his return was a small memorial concert for filmmaker Andrew Burkle back in February.

While it could be some time before we get to witness Red Hot Chili Peppers at full force again, revisiting this Lollapalooza show will have to hold us over for now. The band’s setlist stuck primarily to their latest album at the time. Seven songs off the LP were played, including “Dani California”, “Readymade”, “Tell Me Baby”, and “Snow ((Hey Oh))”. Alongside hits like opener “Can’t Stop”, “Scar Tissue”, set closer “By the Way”, and encore “Give It Away”, RHCP slipped in a cover of Simon & Garfunkel’s “For Emily, Whenever I May Find Her” and their own ’80s cut “Me & My Friends”.

Enjoy the whole concert below. We’re sure Bernie Sanders will be.

With their festival performances being largely called off, Red Hot Chili Peppers could be using all the extra downtime to work on their reunion album with Frusciante. The record will serve as the follow-up to 2016’s The Getaway.

Encore:
Give It Away