Kehlani tweeted to Del Rey: "By all means protest, but DO NOT endanger people with your very massive platform" 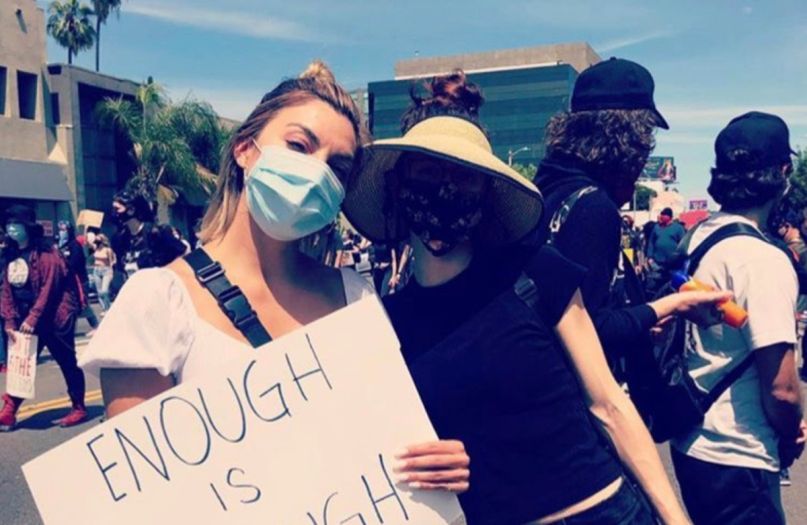 Already facing backlash over her recent comments regarding female artists of color, Lana Del Rey is now being criticized for posting video of looters in Los Angeles.

Del Rey herself participated in a Black Lives Matter protest in LA on Saturday. Alongside photos from the protest, she also posted a video to Instagram capturing several people looting local businesses.

Both Kehlani and Tinashe criticized Del Rey for posting the video and called for its removal. “Please remove your Instagram post it’s dangerous as fuck and a very poor choice of moments to post,” Kehlani wrote in a tweet. “By all means protest, but DO NOT endanger people with your very massive platform.”

Meanwhile, Tinashe tweeted, “why the fuck you posting people looting stores on your page literally WHAT IS YOUR PROBLEM.”

these girls were just waiting for the perfect time to call out lana del rey. theyʼve had enough 🙅🏼‍♀️ pic.twitter.com/KweGIQH9lW

lana del rey posted a minute long video of people looting stores for her 16.5 millions followers to see SHE EVEN ZOOMED IN??? I HAVE NO WORDS pic.twitter.com/arNnpZoKfo