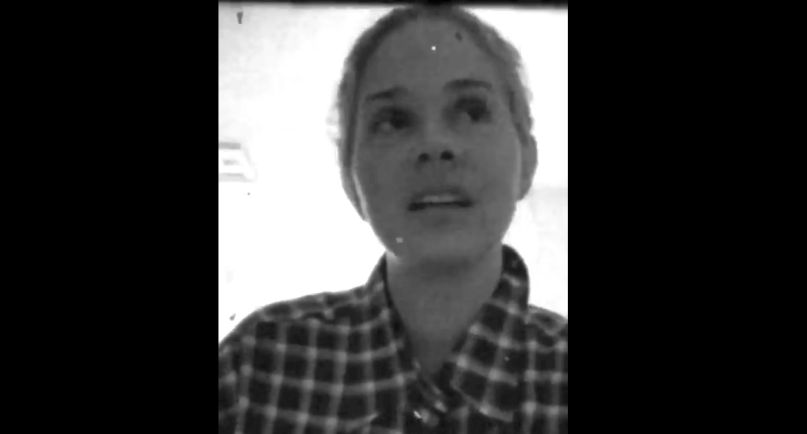 Lana Del Rey took to Instagram on Friday to announce a new album and poetry collection — but the message was largely lost in the context of the rest of the post. The singer drew the Internet’s ire for framing a rebuff against critics by comparing herself to other female singers, mostly naming women of color like Doja Cat and Beyoncé, “who have had number ones with songs about being sexy, wearing no clothes, fucking, cheating, etc.” Meanwhile, Del Rey argued, she is met with allegations of glamorizing abuse “when in reality I’m just a glamorous person singing about the realities of what we are all now seeing are very prevalent abusive relationships all over the world.”

Already, Del Rey has made not one, but two attempts to clean up her comments and reject any insinuation she was making it a racial issue. Now, Del Rey has posted a six-minute video further clarifying the intention of her original post. In the process, Del Rey also revealed the name of her next album, Chemtrails Over the Country Club, and name-checked author and former Democratic presidential candidate Marianne Williamson (via Stereogum).

“Hey, so I don’t wanna beat a dead horse and I don’t wanna go on and on about this post,” Del Rey began, “but I just wanna remind you that in that post, the one and only personal declaration I’ve ever made — thanks for being so warm and welcoming — was about the need for fragility in the feminist movement It’s gonna be important.” She continued,

“And then I mentioned women that look like me. I meant the kind of women who other people might not believe because they think, ‘Oh, look at her, she fuckin’ deserves it,’ or whatever. There’s a lot of people like that, you know? And I just think it’s sad that the women I mentioned, whether they sing about getting money or whatever, the same stuff that I’ve been singing about, chronicling for 13 years. That’s why I’m in that echelon. Yes, they are my friends and peers and contemporaries. The difference is when I get on the pole people call me a whore, but when [FKA] twigs gets on the pole it’s art. So, I’m reminded constantly by my friends that lyrically there are layers, complicated psychological factors that play into some of my songwriting.

But I just want to say, the culture’s super sick right now. And the fact that they want to turn my quotes, my advocacy for fragility into a race war? It’s really bad. It’s actually really bad. Especially when in that same declaration I was talking again about the idea of how important it is to make reparations for me to the Navajo community because they touched me so much in my youth, and that I believe in personal reparations because it’s the right thing to do. And I think what’s really sad is as a personal advocate, as a girl’s girl, as somebody who wants the best for every culture — you know, what Marianne Williamson was talking about — reparations to the black community that never got done during the emancipation period. That was why I liked her because I always felt that way.”

So I just want to say to all of the other women out there who are like me, good girls, good-intentioned, who get fucked up the ass constantly by the culture just because you say what you really mean, I’m with you and I feel for you and I know that you feel for me. And I’m super strong. You can call me whatever. I’m sorry that I didn’t add one caucasian, 100% caucasian person into the mix of the women that I admire. But you know, it really says more about you than it does about me. And I think that what’s interesting, it’s the very first time that I decided to tell you anything about my life or the fact that I’m writing books that chronicle that fragility, that 200,000 hateful, spiteful comments come in, and my phone number leaked, and — comments like ‘You fucking white bitch.’ It’s the opposite of the spirit of the advocate. It’s what pauses fragility. But it’s not gonna stop me, period.”

Del Rey plans to channel these insights into her new poetry collections, as well as her upcoming album Chemtrails Over the Country Club. She explained,

“So I just want to say, nobody gets to tell your story except for you. And if that means it’s kinda messy like this along the way, ‘cause unfortunately when you have a good heart it doesn’t always shine through. And you trudge on anyway. You make those personal reparations to heal your own family karmic lineage and the sickness of this country — domestic abuse, mental health problems is the second epidemic that’s arising out of this pandemic. It’s a real thing. That’s what I was talking about. So, as ever I’m grateful that my muse is still here and that I have, over the last three years, been blessed to have the insight and ability to channel two books’ worth of beautiful poems. And I think my new record Chemtrails Over the Country Club is special as well.

And I’m sorry that a couple of the girls I talked to who are mentioned in that post have a super different opinion of my insight, especially because we’ve been so close for so long, but it really, again, makes you reach into the depth of your own heart and say, ‘Am I good-intentioned?’ And of course for me the answer is always yes. I barely ever share a thing, and this is why. And the reason why I’m making this post — and I know it seems a bit much, right? — but there are women out there like me who have so much to give and don’t quite get to the place spiritually or karmically where they’re supposed to be because there are other women who hate them and try and take them down. Whether in my case it’s certain alternative singers or mal-intented journalists or men who hate women. But I’m not the enemy, and I’m definitely not racist, so don’t get it twisted. Nobody gets to tell your story except for you. And that’s what I’m gonna do in the next couple books. So God bless and yeah, fuck off if you don’t like the post.”

As for her upcoming poetry collections, Del Rey has shared a new spoken word piece called “patent leather do-over”. The piece comes from her newly announced poetry book, behind the iron gates – insights from an institution, due out in March 2021. Accompanied by music from producer Jack Antonoff, LDR reads “patent leather do-over”, which opens with a reference to Sylvia Plath’s The Bell Jar: “Sylvia – I knew what you meant when you talked about swimming in the ocean and leaving your patent leather black shoes pointing towards it while you swam.” Listen below.

behind the iron gates is actually the second poetry collection Del Rey has on the horizon; the first, Violet Bent Backwards Over the Grass, is set for a September 5th release.

music as always by jack