Frances Bean Cobain's ex-husband Isaiah Silva may be the seller 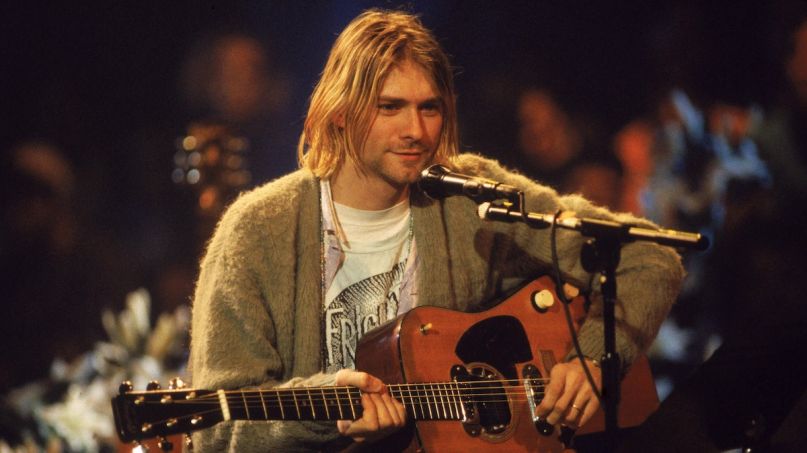 The Martin D-18E comes with its original hard-shell case decorated by Cobain, including a flyer from Poison Idea’s 1990 album Feel the Darkness, three baggage claim ticket stubs, and an Alaska Airlines sticker. The case also contains Cobain’s half-used pack of Martin guitar strings, three guitar picks, and a suede “stash” bag with tiny utensils. The guitar is the latest Cobain item from MTV Unplugged to be auctioned off following his sweater, and its current ownership is not without controversy.

Over the past several years, Frances Bean Cobain and Courtney Love have been locked in a tug-of-war to retrieve the guitar from his daughter’s ex-husband, Isaiah Silva. According to Page Six, Frances and Silva split acrimoniously in 2016 after a brief two-year marriage and Silva kept the legendary guitar, claiming it was given to him as a wedding present. He refused to return the instrument even though it was part of the divorce agreement.

“It’s not [Silva’s],” Love previously said. “It’s a treasured heirloom of the family. It’s not his to take.” The Hole singer-guitarist then apparently hired Sam Lutfi, the former Britney Spears manager, to “mount a campaign” to pressure Silva to return the guitar. Allegedly Lutfi even resorted to threats, telling Silva’s romantic partner that “her child would end up in an orphanage.”

In 2018, a judge granted Silva the guitar in the divorce settlement despite a heated argument from Frances and Love. Silva then filed a lawsuit accusing Love and Lutfi of attempting to kill him to get the guitar back. Come 2019, Love demanded that Silva should be given a psychiatric evaluation as part of the lawsuit and said he should not get to keep the guitar. Now, it looks like anyone with $1 million to burn can own it instead!

While it certainly appears Silva is the one auctioning the item, a representative for Julien’s says the seller wishes to keep their identity anonymous.

Last year, Kurt Cobain and Love’s former Seattle house went on the market with a listing price of $7,500,000. The Cobain estate also launched a “Kurt Was Here” apparel collection curated by his daughter.