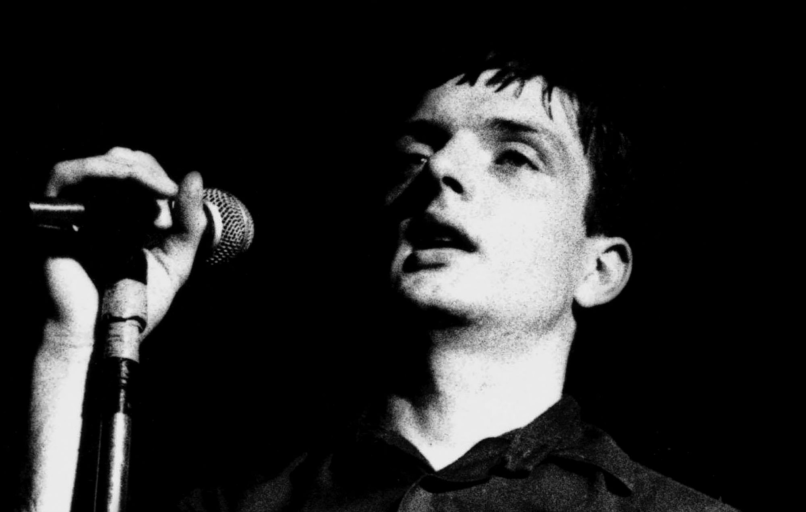 As we think back on 40 years without Ian Curtis, Dan Weiss examines the sad nature of the young frontman and Joy Division’s music, especially as we collectively experience these strange times of isolation in quarantine.

“Surrendered to self-preservation/ From others who care for themselves” — Joy Division, “Isolation”

I know I’m beholden to the perpetual motion machine of anniversary cycles because I’m the press, but what’s your excuse? Yes, it’s the 40th anniversary of a day that was particularly grim long before there was any pandemic. On May 18, 1980, Ian Curtis died by suicide, possibly the most “famous” hanging in rock history, a morbid martyrdom that secured his legacy as the accidental inventor of just about anything goth. But that doesn’t mean you have to do something stupid like listen to Joy Division. Not here, not now, not at this time. This is a band whose most upbeat song is called “Isolation”. Why are you doing this to yourself?

One thing Joy Division did not do was romanticize this stuff. That’s one thing Curtis’ suicide proves, just like Kurt Cobain’s. Yes, Curtis’ exemplary post-punk band named themselves after the sexual slavery wing of Nazi camps. Lovely. Though, it’s as perfect a band name as has ever existed. There’s populism in pop, even fascism. Whatever entertainment medium you’ve got, no matter how liberated they’re advertised as, whether it’s MTV or the Grammys, oppressed people have had to fight for their recognition just like anywhere else. Joy Division, of course, were not oppressed. They were four white dudes repurposing Nazi imagery to fit their particular brand of anguish. But welcome to rock and roll.

Either way, this anguish was as sincere as its expression was austere. “A legacy so far removed/ One day will be improved” was one couplet the married father who took his life at 23 sang. Another is “Pray to God, make it quick, watch him fall.” Oh, and his gravestone reads “Love Will Tear Us Apart”. That’s his big hit. He couldn’t reconcile his marriage to Deborah Curtis with the infatuation that grew for Belgian journalist Annik Honoré. I’m poly; Ian’s story hurts.

But Joy Division’s career was short and remarkable enough to earn more than one film, so most any interested party knows all this. Curtis left behind so little music that you can pack away his whole history in an afternoon: Debut Unknown Pleasures, swan song Closer, and intermittent singles gathered on the second-best compilation named Substance. You can process his acutely Jim Morrison-inflected quaver as a distancing device from his excruciating lyrics or his band’s world-class rhythm section as the very model of “control” he sought to ground his art, life, anything.

Watch Control or 24 Hour Party People and you’ll see a man who lets others create the gravity for him. The tortured and despondent epileptic just needed to know where to fall. Deborah Curtis, the one who was set to divorce him before Ian plotted a greater loss, has become his historian. The “control” that Ian sought didn’t have to be his own. He just needed it there. Like a science experiment.

This has all been told, televised, documented, reissued, tribute album’d, and, in the case of “Love Will Tear Us Apart”, rearranged for Broken Social Scene in 3/4 time. Upside down, inside-out, backwards and forwards, the world knows its Ian Curtis. What hasn’t really been done before is charting the effects of mass isolation on this band. No two depressions are created alike, and now that coronavirus has turned us all into dwelling hobbits, everyone’s dealing with their own private hell: boredom, malaise, house arrest. Like Ian Curtis, many of us cannot be with the ones we love. “Gotta find some therapy,” he once sang. “This treatment takes too long.” Everything in 2020 is taking too long, and yet only the most stupid and selfish citizens are clamoring to end the wait. Somehow, the smartest and most compassionate of us have resigned ourselves to, yes, isolation. It’s self-loathing, in a way, and completely morally correct. Yet, it’s pretty tempting to wake up one day and pretend things are normal again to see if it’s true.

I do not recommend putting on Joy Division to see if that’s the same activity it always was. That “control” is a blessing for their tunes, anchoring every atmospheric tic to a repeating morse code of two-note bass or a cavernous, simplistic snare pattern. It’s bad for catharsis; Curtis never breaks out. He sits with his pain and never raises his voice to it. The music intensifies around him and he just draws further inward. It’s very hard to hear him and feel there’s a light at the end of this.

Maybe they called this “post”-punk because it had advanced beyond exploding. But oftentimes, post-punk sounded like it advanced beyond expression itself. It’s hard to know what Wire were on about, for instance, or Pere Ubu. At least Joy Division had death as a nucleus: The funereal album cover for Closer, the rough-edged synths, in the form of wobbly strings on “Decades” or shrill horns on “Isolation”, the legend of the dead singer already reaching US shores before Unknown Pleasures did. This music doesn’t really begin or middle. It just lurches to the end, with Ian Curtis solemnly lighting the path without ever sounding like he has much say in it.

It’s only on Closer’s opening “Atrocity Exhibition” that the man really expressed a proactive plan. “This is the way, step inside,” he beckoned repeatedly. But it’s a call with no response. He’s much more thoroughly defined by “She’s Lost Control” or “Love Will Tear Us Apart”, which had the instrumental urgency of a runaway train on which Curtis was only a passenger. The entire world feels that way right now, just lurching like sleeper agents who cannot make a move because no one can make plans. In this context, Joy Division sound more than ever like the Muzak from hell’s waiting room. You don’t need to listen to them under lockdown. Play something that gives you life and hope instead. Play New Order, a danceable response to unprecedented tragedy.

Celebrate the life of Ian Curtis by living as long as you can.