Jethro Tull’s Ian Anderson Clarifies Health Status: “My Days as a Singer Are Numbered, Rather Than Days to Live” 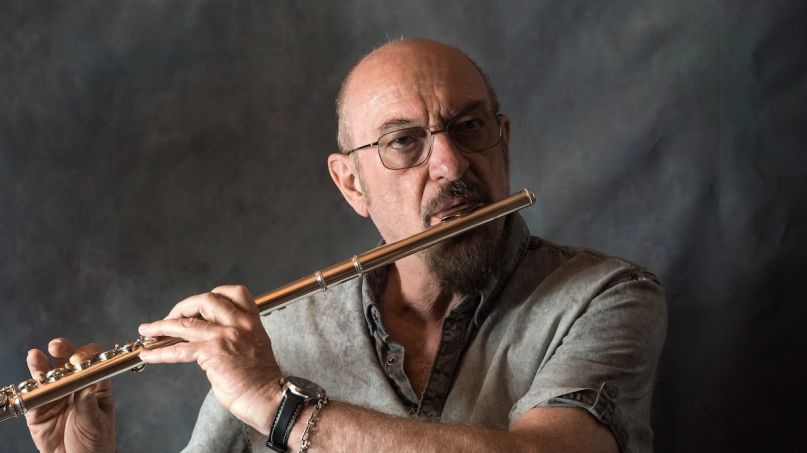 After revealing that he was “suffering from an incurable lung disease” and that his “days are numbered,” Jethro Tull frontman Ian Anderson has issued a statement to clarify his comments. The legendary rocker assures fans that he’s still reasonably in good health and that he meant his “days as a singer are numbered.”

The initial news of Anderson’s health came out of a preview clip for his appearance on Dan Rather’s AXS TV show The Big Interview, which aired on Wednesday night. In the video, Anderson told Rather, “I’m going to tell you something I’ve never told anybody in public before — I am suffering from an incurable lung disease which I was diagnosed with a couple of years back.”

He went on to say specifically that he suffers from chronic obstructive pulmonary disease (COPD). While the condition can ultimately be fatal, millions of people live with COPD for many years. However, when Anderson added, “My days are numbered,” it made it seem like his condition was dire.

Now, in a new statement, the vocalist and flautist insisted that he should be around for a while, and that he was referring to his singing in the short term. He also mentioned that the interview with Dan Rather actually took place in September, but didn’t air until last night. His full statement reads as follows:

“Thanks for your concern but no worries about my diagnosed COPD and asthma. I have had 14 months with no infections and no bronchitis so last year was the first since my 20s when I didn’t get sick at all. The conditions I have are early-stage and I plan to keep them that way.

I really meant when talking to Dan Rather last September that my days as a singer were numbered, rather than days to live! After all, I am 73 years old this August! But I should be OK for a few more years if COVID-19 doesn’t get me first.

I am at no more risk of catching the COVID virus than anyone else. Just that the results could be much worse than if I was 17 or even 27. If anything, I am less likely to catch it than many people as I have been practicing very safe hygiene for years and social distancing is a way of life for me! I am well rehearsed in public spaces, restaurants, hotels etc. Only flying causes me concern. But I have all the best gels, sprays, masks and facial protection ready for if and when the time comes to embark into the real world professionally.

A mild COPD or asthma are just things to live with for the millions around the world who suffer. But no impact at all on my daily life as long as I don’t catch a cold or flu virus and suffer the subsequent heavy bronchitis which, for me, historically follows since I was a young man. But on the upside I don’t suffer from hemorrhoids or erectile disfunction. So, things are looking up, not down — puns fully intended.”

While it’s still discouraging news that the revered rock vocalist’s days as a singer may come to an end soon, it’s definitely a sigh of relief for Jethro Tull’s legions of fans that Ian Anderson should have a number of years ahead of him on this Earth.