Iggy Pop Reads a Bedtime Story About His Beloved His Dog

"I picked you up and put you on my lap and thought about keeping you. And in less than a minute I was covered in fleas." 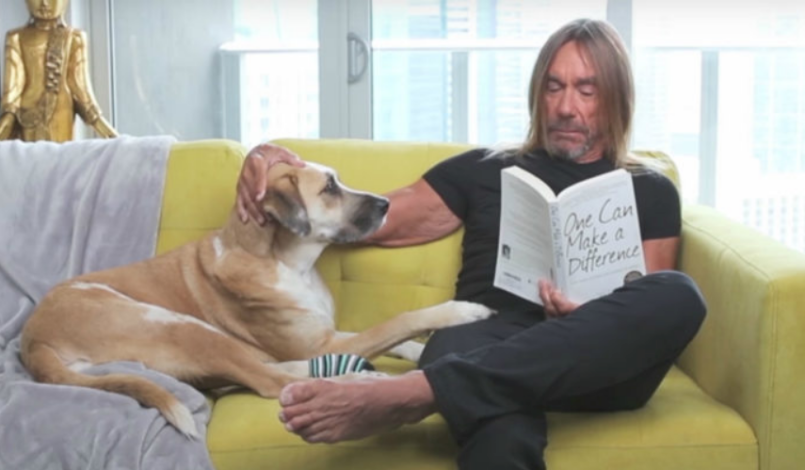 Iggy Pop and his dog

Artist Maurizio Cattelan’s”Bedtime Stories” is a new initiative for NYC’s The New Museum in which musicians and other creators reading short tales in a soothing voice. The inaugural edition features Iggy Pop and his beloved dog Tromba.

This is not your typical bedtime story, and should probably not be played for small children. While it begins with Iggy Pop falling in love with a stray “across the divided highway,” the story climaxes with Tromba’s death some time later after being hit by a car. But even so, the punk icon’s affection for the dog is never in doubt, and he peppers the story with moments of humor. “I picked you up and put you on my lap and thought about keeping you,” he said, “and in less than a minute I was covered in fleas.” He ends the tale with a touching message for Tromba: “You were the best part of my life.”

The New Museum will make a different audio recording available each day through June. Via Pitchfork, future releases will involve Michael Stipe, David Byrne, and Black Thought, as well as visual artists like Jeff Koons and Takashi Murakami. Check out Iggy Pop’s bedtime story below.

During the pandemic, celebrities around the world have used different kinds of bedtime stories to help people feel connected. In April, Tom Hardy read for BBC’s CBeebies, and earlier this month Daniel Radcliffe read chapters of Harry Potter and the Sorcerer’s Stone. Meanwhile, Dolly Parton is signing onto YouTube each week to read your kid’s to sleep.

As for Iggy Pop, he’s busied himself during quarantine by covering Sly and the Family Stone’s “Family Affair”, and releasing a stream of a 2016 concert with members of Queens of the Stone Age and the Arctic Monkeys.