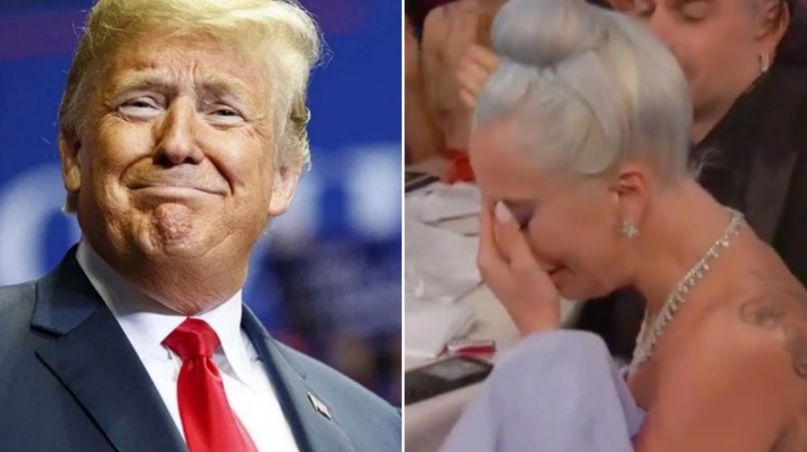 This week, a cache of confidential Lady Gaga files was leaked by a hacker group. Those same cybercriminals are now aiming to bring down Donald Trump.

It all started earlier this week, when Grubman Shire Meiselas & Sacks, one of the most prominent law firms in the entertainment industry, became the target of a hacker group using ransomware called REvil. The massive cyberattack resulted in over 750 gigabytes of stolen data pertaining to the firm’s A-list clientele, which include Gaga, Bruce Springsteen, Drake, U2, and Madonna, as well as Robert De Niro, Bette Midler, and LeBron James.

The hacker group offered to return the classified data in exchange for $21 million dollars, according to Rolling Stone. Rather than cough up the ransom money, however, attorney Allen Grubman and the rest of the New York firm reportedly hired cyber-extortion specialists to handle the situation. The hackers immediately retaliated by releasing those private Gaga documents on Thursday.

The leaked 2.4-gigabyte folder reportedly featured the Grammy-winning singer’s contracts with producers and collaborators, expense sheets and reimbursement forms, confidentiality agreements, and promotional agreements and photos. The hack comes just a few weeks ahead of the release of Gaga’s highly anticipated album Chromatica, which itself has been besieged with the premature leaking of its album artwork and tracklist.

“It seems that GRUBMANS doesn’t care about their clients or it was a mistake to hire a recovery company to help in the negotiations,” the REvil hackers wrote. “As we promised, we [published] the first part of the data because the time is up.” Just before the Gaga leak, the hackers also shared a few touring contracts relating to Madonna and Lizzo.

To further emphasize the gravity of the situation, the hacker group raised their ransom request to $42 million dollars. They also put out a chilling threat: Trump is next on their leak hit list.

“The next person we’ll be publishing is Donald Trump,” their message warned. “There’s an election going on, and we found a ton of dirty laundry on time.”

“Mr. Trump, if you want to stay president, poke a sharp stick at the [Grubman] guys, otherwise you may forget this ambition forever,” the hackers continued. “And to you voters, we can let you know that after such a publication, you certainly don’t want to see him as president … The deadline is one week.”

As Page Six notes, it’s unclear why these computer criminals would single out POTUS or have any information on him, as he’s not known to have done any business with or have any connection to Grubman’s firm. (Though it’s not like Trump is often transparent about his business dealings.)

For their part, Grubman and his law firm have refused to negotiate or consider any of the ransom demands, calling the hacker group “cyberterrorists”. A statement provided by the firm’s spokesperson reads,

“The leaking of our clients’ documents is a despicable and illegal attack by these foreign cyberterrorists who make their living attempting to extort high-profile U.S. companies, government entities, entertainers, politicians, and others,” the spokesperson added. “We have been informed by the experts and the FBI that negotiating with or paying ransom to terrorists is a violation of federal criminal law. Even when enormous ransoms have been paid, the criminals often leak the documents anyway.”

Considering the REvil hackers have followed through on their threats thus far, it will be interesting to see where the Trump campaign stands a week from today.