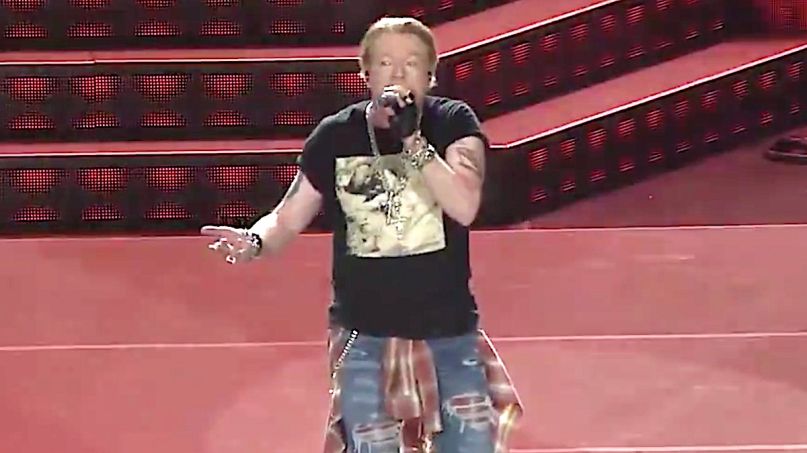 Having just postponed their summer North American tour due to the COVID-19 pandemic, Guns N’ Roses are offering an alternative “live experience” for fans. The band has launched a new streaming series, dubbed “Not in This Lifetime Selects”, showing pro-shot footage from their mega-successful tour.

The “Not in This Lifetime Tour” kicked off in 2016, with Slash and Duff McKagan rejoining Axl Rose in the Rock & Roll Hall of Fame band. Over a four-year period, the extensive trek has earned $563 million, making it one of the highest-grossing tours of all time.

The streaming series starts Thursday (May 21st) with select highlights from the band’s October 29th, 2019 show at the Vivint Smart Home Arena in Salt Lake City, Utah. That gig saw GN’R play 25 songs, including seven from their iconic debut album, Appetite for Destruction, plus covers of the Misfits’ “Attitude” and The Who’s “The Seeker”, among others.

Guns N’ Roses’ “Not in This Lifetime Selects” series follows in the footsteps of Metallica’s current #MetallicaMondays series, during which the metal legends have been streaming a full classic concert each week on YouTube and Facebook.

Tune in to the YouTube player below on Thursday (May 21st) at 7 p.m. ET / 4 p.m. ET for the first installment of Guns N’ Roses’ “Not in This Lifetime Selects” streaming series.