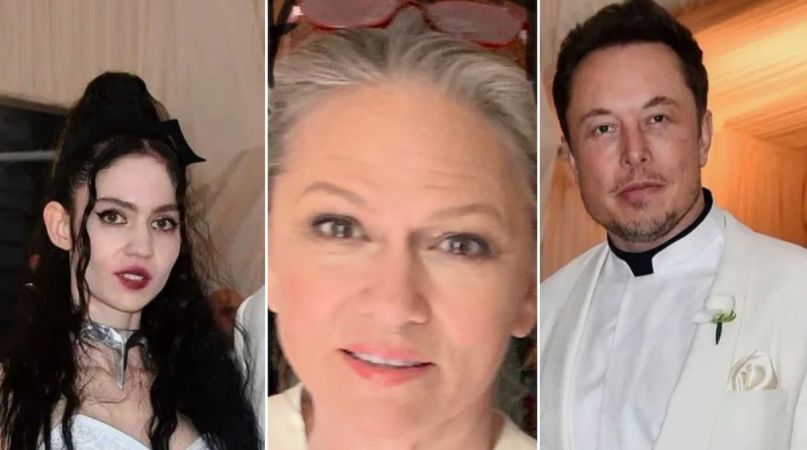 Families usually grow closer when a new baby arrives. However, Grimes, Elon Musk, and their newborn son aren’t what you would call your typical family. Just two weeks after the birth of X Æ A-12, Grimes’ mother is feuding with the Space X founder over Twitter.

As The Cut points out, the familial tensions began with Musk’s controversial political comments over the weekend. On Twitter, he encouraged his followers to “Take the red pill,” using the memorable Matrix scene as a euphemism for a right-wing political awakening. (The Matrix director Lilly Wachowski promptly took him to task with an f-bomb.)

The phrase “red-pilling” also happens to have been infamously adopted by men’s rights activists (more unsavory people, do we sense a pattern here?), and this is where Grimes’ mother, Sandy Garossino, comes into play. Shortly after Musk’s “red pill” post, Garossino hopped on social media to publish what seemed to be a shady subtweet in response.

“If your partner went through a challenging pregnancy and childbirth in the last two weeks, and you were over 16 years old, would you be blaring MRA (men’s rights activism) bullshit on Twitter right now?” wrote Garossino, a former prosecutor and columnist.

Although she never directly mentioned Musk, she did respond to a tweet that said “buddy has a 3 week old baby,” by saying, “Not yet two weeks” — all but confirming that the Tesla CEO was the subject of her initial subtweet.

These two Garossino tweets have since been deleted, but one Twitter user managed to screenshot both. And Garossino herself “liked” them, as captured below. She also “liked” another tweet by Yashar Ali, which compared Musk to Kanye West.

Musk hasn’t always been on Garossino’s bad side, though. In fact, not only did Garossino once call him a “visionary” — even before he and Grimes made their official debut at the Met Gala — but she also once very proudly rode around in a Tesla, per The Observer. Garossino and Musk also exchanged social media messages about artificial intelligence in 2018.

At least Musk has six months to make amends before the family holiday gatherings come calling.