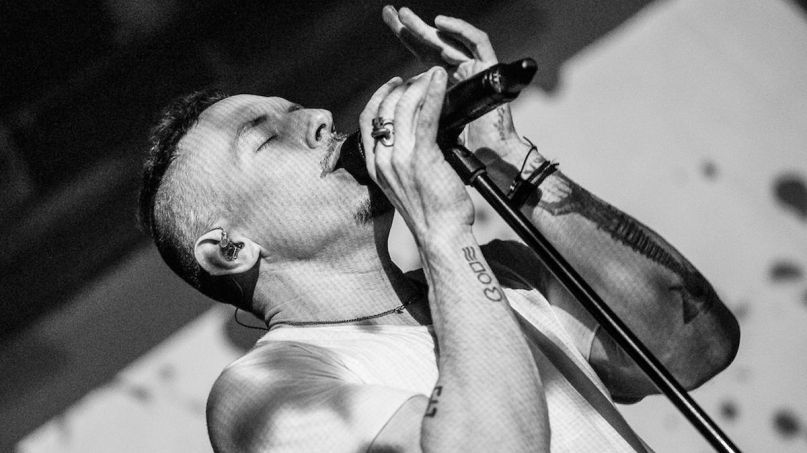 Dillinger Escape Plan singer Greg Puciato has offered up another single from his forthcoming solo album, Child Soldier: Creator of God, which arrives this summer. The music video for the new song “Deep Set” is premiering exclusively via Heavy Consequence.

Like with the album’s lead single, “Fire for Water”, Puciato played all the instruments on “Deep Set” except drums, handled by Chris Hornbrook. The track is another expressive artistic statement from Puciato, who holds down a grooving rhythm backed by splashes of gnarled fuzz guitar, with his dynamic vocals upfront. The accompanying video conveys the song’s air of sinister, nighttime noir.

Puciato is best known as the singer of The Dillinger Escape Plan, but has also been involved with The Black Queen and Killer Be Killed. Child Soldier: Creator of God marks the first time he’s released music under his own name.

The tracks that make up the album came from a collection of pieces Puciato wrote about a year ago. At the time, he thought he was composing for The Black Queen, “except that’s not at all what came out.”

“Just like with everything else that’s been born from necessity, it felt like the right time to create a home for anything that I do that didn’t fit neatly under any other existing roof,” stated Puciato of the new material. “The misfits needed a place to go.”

“Deep Set” was produced by Nick Rowe and mixed by Steve Evetts. Once again, the single is getting a limited 12″ vinyl release following the success of the “Fire for Water” limited 12″, which sold out immediately. The vinyl edition (limited to 250 hand-numbered copies) and a digital download are both available from Bandcamp, which is giving 100-percent of proceeds to artists today (May 1st).

In addition to the single, Puciato’s Federal Prisoner label and arts collective has also unveiled a limited-edition line of apparel designed by co-founder Jesse Draxler.

Watch the video and check out the artwork for “Deep Set” below.