Featuring over 120 pages of exclusive art, comics, puzzles, games, and much more 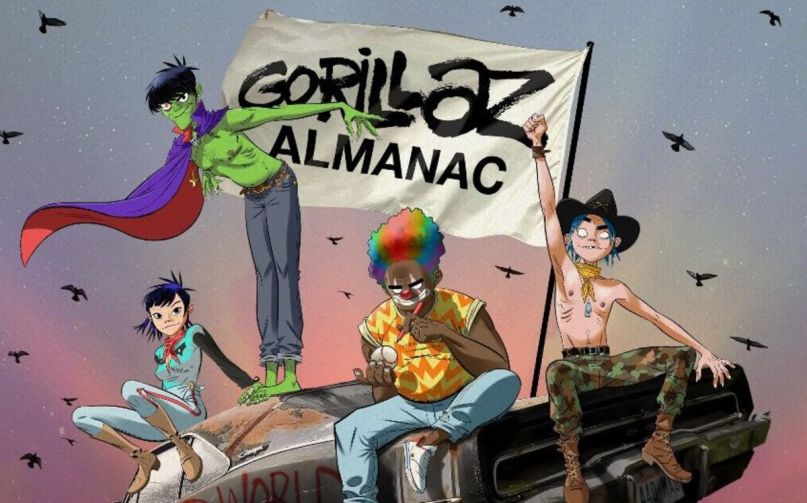 It’s been over 20 years since the birth of Gorillaz, and co-creators Damon Albarn and Jamie Hewlett are celebrating the visual side of the project with a giant “almanac” due out this October.

The standard edition of the book comes packaged with a CD copy of “season one” of their 2020 Song Machine project, which has thus far produced tracks like “Momentary Bliss” (featuring slowthai and Slaves), “Désolé” featuring Fatoumata Diawara, and “Aries” (featuring Peter Hook and Georgia).

The other two versions of the “almanac” are packed with even more content. Limited to 6666 copies, the oversized “deluxe” edition is signed by all four cartoon members and comes with four prints and a sticker sheet. Details on the “super deluxe” installment are sparse, but it’s limited to just 200 copies, is signed by Hewlett himself, and “will be a special art piece in unique packaging,” according to a statement.

“Every fan of comics and animation has dreamed of seeing the Gorillaz make their comic book debut, with the Z2 team chief among them”, Z2 publisher Josh Frankel commented. “The artwork, the music and the mythos all add up to what is destined to be one of our most buzzed about releases in history, and when fans see just what we have planned, I know everyone will agree it was well worth the wait.”

The Gorillaz Almanac is officially due out October 16th, and pre-orders have already begun. In the past, Z2 has published comics for musicians such as Babymetal, YUNGBLUD, Skillet, and more.

Last week, Albarn performed “Aries” on Jimmy Kimmel Live! with 2-D, which was the first time Albarn had ever duetted with one of his animated pals.